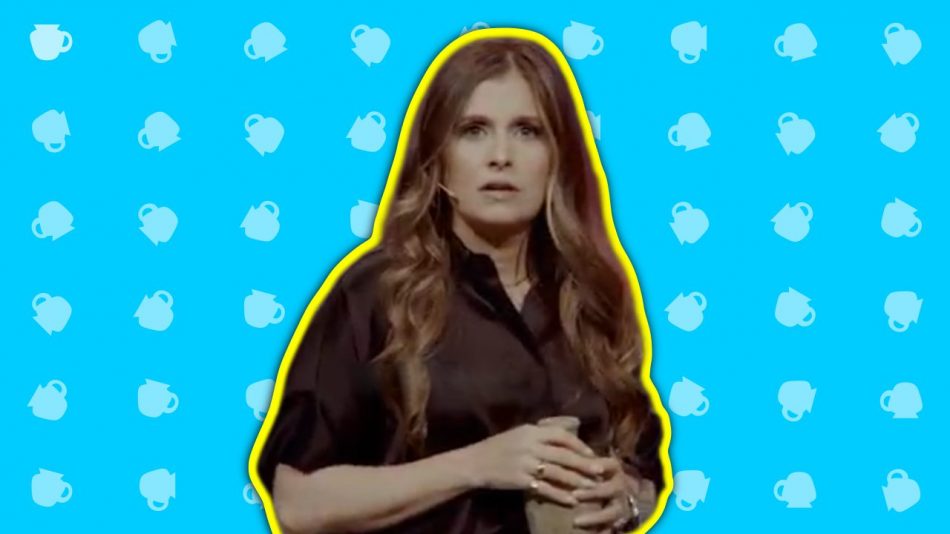 The apple never falls too far from the tree–and in this case, the apple is the tree’s wife. Steven Furtick, who is somehow still a Southern Baptist despite the fact that he and his church denies nearly every orthodox doctrine defined in the Southern Baptist Convention’s statement of faith, will often let his wife stand in and preach.

Not only are women preaching against the Scripture, but it is also a clear violation of the Baptist Faith and Message 2000. Yet, Furtick’s wife, Holly, can regularly be seen mimicking her husband’s mannerisms, copycatting his preaching style, and following in his footsteps of Scripture-twisting destruction (2 Peter 3:16).

In the video below, Holly Furtick–clearly preaching to a male and female audience–is preaching from 2 Kings 4, the passage about the widow’s olive oil. In this passage, the prophet Elisha performed a miracle to demonstrate the goodness of God and to point to Christ, much the same way that Jesus himself would perform miracles later on. Yet, in typical Furtick narcissism, Holly twists this passage, reads herself into it, makes herself a prophet and a type of Christ, and teaches that we should rely on ourselves for miracles.

Join our ad-free Substack community to read and post comments...
- Advertisement -
Previous article
Bioethicists Propose Implant That Would Automatically Trigger a Euthanasia Drug at the Onset of Dementia
Next article
Open Letter to Voddie Baucham: Please Walk Away From Sing Conference