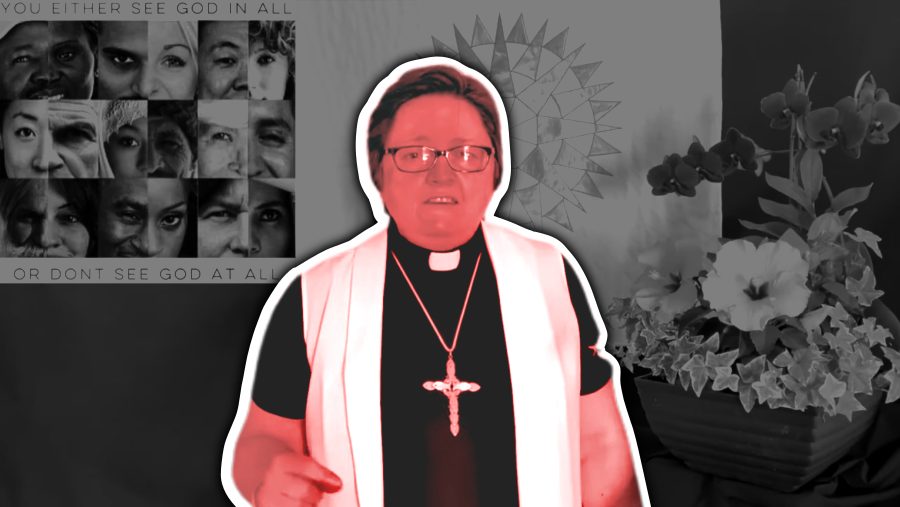 It should go without saying that the Evangelical Lutheran Church is neither Evangelical nor Lutheran. The fact that a pro-sexually immoral, pro-abortion, feminist can stand up wearing men’s pastoral garb while spouting out anti-Christian nonsense pretty much eliminates any actual connection to the true bride of Christ by this organization calling itself a “church.”

Nonetheless, a supposedly “Lutheran” pastrix, Dawn Hutchings of Holy Cross Lutheran Church in Ontario, Canada, stands up demanding that we abandon the Great Commission because, well, it’s fake and it has nothing to do with the gospel. Instead, she’s convinced, it is the source of systemic racism.

“The so-called ‘Great Commission’ was added to the gospel by the Christian community sometime around the year 325 to bring this gospel into line with the brand-spanking-new creed which the church had just written, which you know as the Nicene Creed.”

“It is long past time for me to listen to the cries of all those who have felt the weight of my knee of privilege pressing down upon their necks… No place is our white privilege more evident than in the church which has fostered us, nourished us, grounded and sustained us.”

“On this Trinity Sunday, when the church celebrates its creeds, let us not look to the Apostles’ Creed, the Nicene Creed, or, God forbid, the Athanasian Creed… The Jesus movement was about solidarity, not cultural obliteration.”

Join our ad-free Substack community to read and post comments...
- Advertisement -
Previous article
The Concept of Mandatory Vaccinations is Rooted in Marxist Ideology and Denies Biblical Principles
Next article
Hillsong Threatens to Sue People on Social Media “Spreading Rumors” About Their Leader