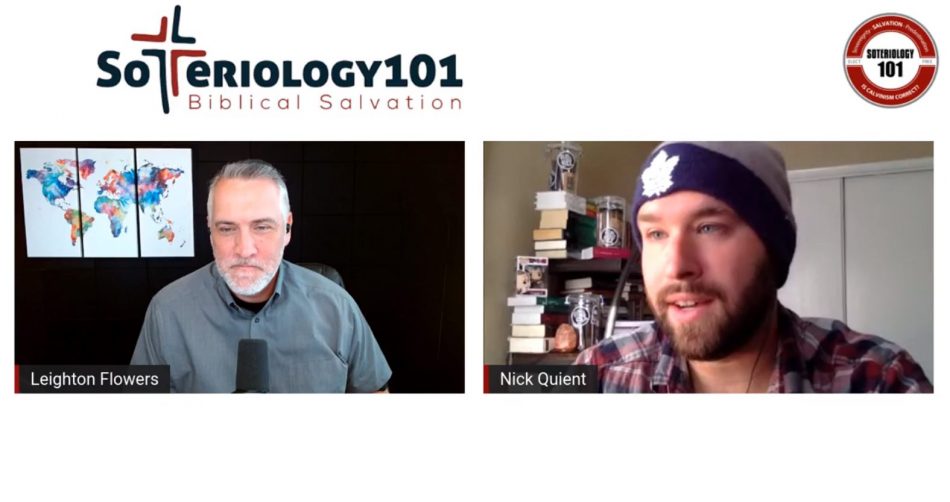 Nick Quient is the Associate Pastor of Spiritual Formation at First Baptist Church of the Redlands in Redland, California. Quient is a matriarchist who not only sits under the leadership of a female pastor–something that the Scriptures wholly reject–but who also took his wife’s last name when they married.

Quient, in a pamphlet titled How I Submit to my Wife – How a Feminist With a Hairy Chest Chose to Take His Beloved’s Last Name, writes “I saw mutual submission as required for marriage, and I believe that it was the strongest measure of what I could do: I give of myself to her, and I honor her, by esteeming her heritage, her culture, her family, by taking her last name.”

Besides completely giving up his biblical manhood in favor of cultural feminism, Quient is a heretic on the doctrine of Hell as well. Quient, like a close associate of his, Chris Date, is an annihilationist. According to Quient’s LinkedIn page, he “contributed the chapter, ‘Paul & the Annihilation of Death'” which was “partially based on an academic presentation I gave at the inaugural Rethinking Hell Conference in Houston, Texas. July 2014.”

Leighton Flowers, a Southern Baptist pastor who devotes the entirety of his ministry arguing against God’s authority and right to choose and act how he pleases, joined Nick Quient recently in a podcast titled Nick Quient on Divine Sovereignty and Human Freedom to argue against God’s sovereignty. The issue here isn’t what was said in the podcast itself–it’s the same rhetoric and thoroughly debunked arguments they always make. The bigger issue here is that Leighton Flowers–who is supposed to believe and hold to the Southern Baptist’s statement of faith–has to go completely outside of the realms of orthodoxy to find someone to defend his view.