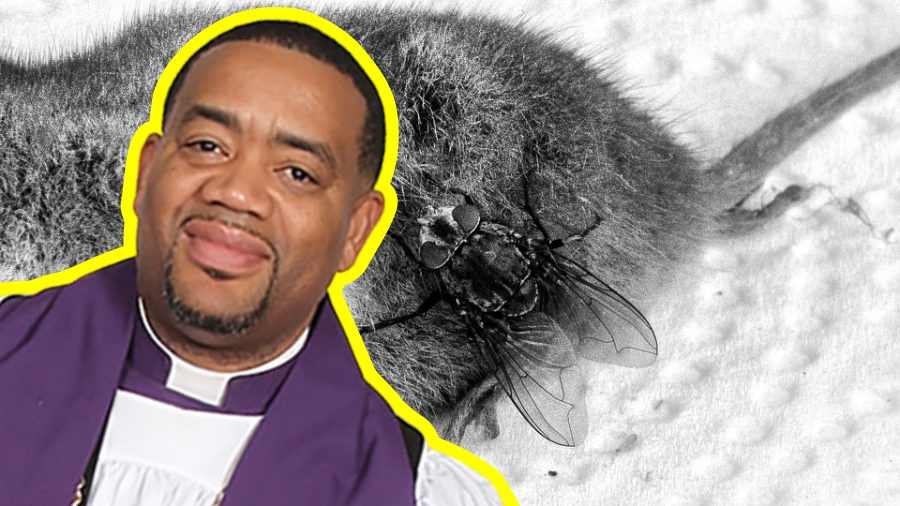 When a group of people becomes so mentally deranged that only their fellow mentally deranged people can understand them, you have to come to the realization that something is very wrong in this society. There is a form of mental ferality that has taken one sector of the American population and grasped them so tightly by the gonads that the only option is to completely seclude yourself from them.

You can’t ignore them, though–left to their own devices, they breed and infect like cancer. At some point, the disease is destined to take over the entire world.

Every man is stupid and without knowledge; every goldsmith is put to shame by his idols, for his images are false, and there is no breath in them. –Jeremiah 10:14

Talbert Swan–who calls himself a “bishop”–is what the Scriptures would refer to as a “blind guide” who is leading the blind to fall into a pit (Matthew 15:14). Swan, a leader in the Church of God in Christ (COGIC) denomination — the largest black Pentecostal denomination in America — has turned an entire generation into warriors against an imaginary enemy. That he is in any way considered a man of God would be laughable if not downright sad. The fact is, Talbert Swan is not a man of God, he does not know the Jesus of the Scriptures and has turned to his idols of social justice and Liberation Theology to advance his career in the Black Nationalist movement.

His primary target of hate: white people. No matter what happens in this world, Swan’s desire to eliminate and eradicate white people from the face of this planet should be taken seriously. In a recent post on social media, Swan blamed “white supremacy” for the epidemic of Black-on-Asian violence that’s taking place all over the country right now.

This kind of rhetoric should not be taken lightly–their end game is the destruction of society and the total enslavement or extermination of white people. I hope you’re paying attention. This is the same “pastor” who said he’d rather be in Hell than in Heaven with white people.

If you think these people don’t want to be in Heaven with white people yet are cool being on this planet with them, you’re naive. Wake up. Fight back. This kind of racism should be denounced at every level–from every sector–of this society.