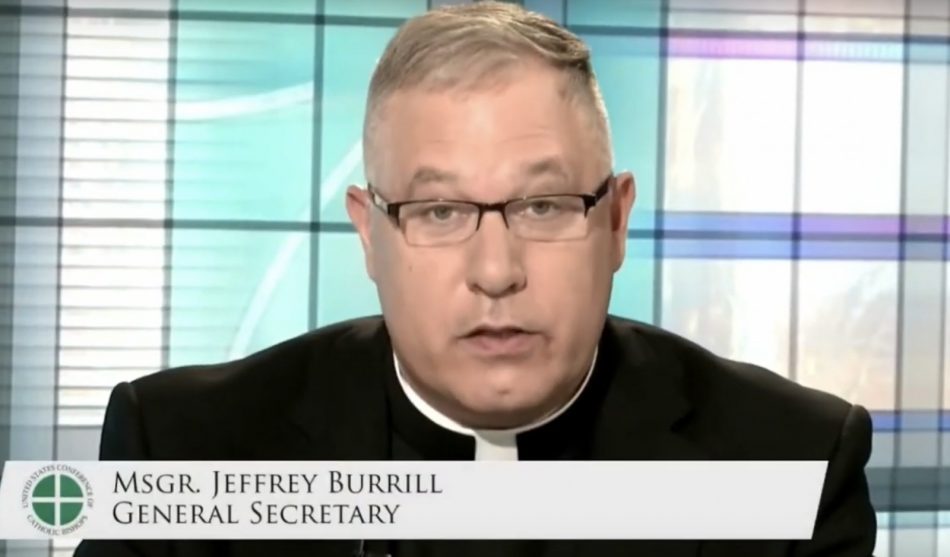 A high-ranking U.S. Catholic priest has resigned his post after it was found out that he’d been using the gay dating app, Grindr, for several years dating at least back to 2018.

According to an article at the Catholic investigative news publication, The Pillar, Monsignor Jeffrey Burrill, former General Secretary of the U.S. Bishops’ Conference, announced his resignation earlier this week after it was discovered that “a mobile device correlated to Burrill emitted app data signals from the location-based hookup app Grindr on a near-daily basis during parts of 2018, 2019, and 2020 — at both his USCCB office and his USCCB-owned residence, as well as during USCCB meetings and events in other cities.”

According to the article, Burrill was a member of the conference’s executive staff who, along with others, met with Pope Francis to discuss how his own organization was responding to sexual misconduct.

Burrill was busted, according to The Pillar, not because the Grindr app released his name, but because The Pillar obtained a database of information containing unique mobile device identification numbers that along with the apps used by the device and figured out that one of these devices belonged to him after the app was used consistently for several years.

The Pillar stated that they found no evidence so far that Burrill had been contacting minors on the app. However, the investigation is still early. Burrill was not fired but stepped down on his own. You can read the entire report at this link.

Join our ad-free Substack community to read and post comments...
- Advertisement -
Previous article
Popular Worship Artist Denounces Hillsong, Bethel, and Elevation for “Heresy”
Next article
Joyce Meyer Says You Have the Power to Speak Things Into Creation Like God