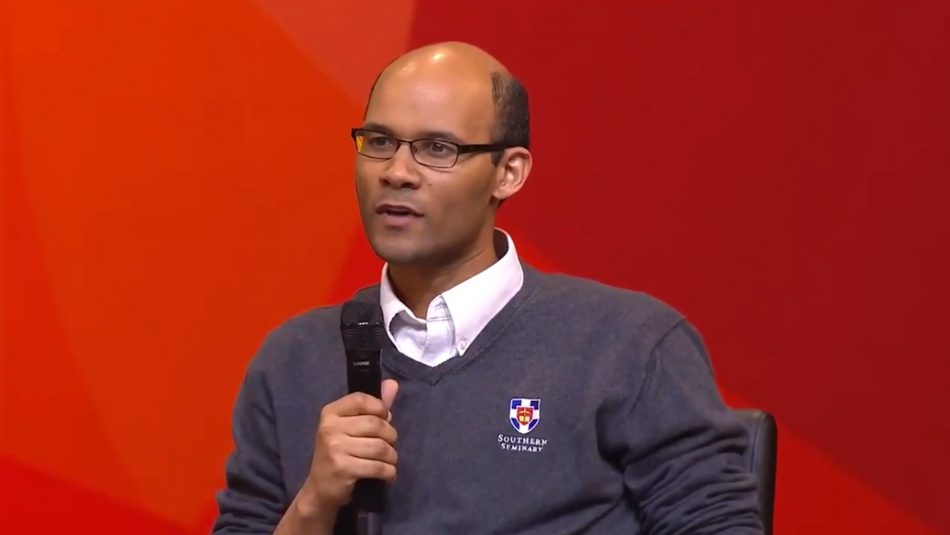 Jarvis Williams, a professor at Southern Baptist Theological Seminary, is one of the foremost proponents of anti-white Critical Race Theory and intersectionality in the Southern Baptist Convention. Williams reports directly to Al Mohler, arguably the most influential person in the entire denomination.

Williams, the author of Removing the Stain of Racism from the SBC, teaches that white supremacy is ingrained and inherent in every facet of our society and the only way to remove it is to perpetually participate in acts of penance by tearing down perceived racial hierarchies.

Jarvis Williams–who once argued that it was “unloving” to correct Black people’s false beliefs when they’re hurting–is now arguing that Christian schools, seminaries, and churches are racist because they don’t platform more Black authors and theologians.

“White supremacy is an ideological construct that believes that whiteness is superior to nonwhiteness,” Williams states. “So then how this shows up in part, is it shows up in curriculum. Right. I’m a seminary Professor and theological education. You’re hard-pressed to find many evangelical institutions that have a regular requirement of black and Brown”

“And often what happens is whiteness becomes the standard by which all good theology is judged,” he continued. “You understand what I’m saying? So that if it’s right, theology is written by a white scholar who is contextualizing that theology for white audiences. And so one of the things we see is here this very, very carefully. There’s racism by intent, and there’s racism by consequence.”

“The solution is, fundamentally, yes, the gospel, the cross, the resurrection, right? … the blood of Jesus” Williams then contended. But he continued, adding to the gospel, “but also dethroning white supremacy in all of the forms in which it shows up in Christian spaces, folks, because when Jesus died to disarm those principalities and powers, one of those principalities and powers, I would argue, is white supremacy and all that it entails.”

Essentially, Williams is arguing that the gospel requires us to “dethrone” “white supremacy” by requiring more Black and Brown authors and theologians in a Christian seminary context.

And don’t forget–we need Black and Brown women too in order to not be racist.