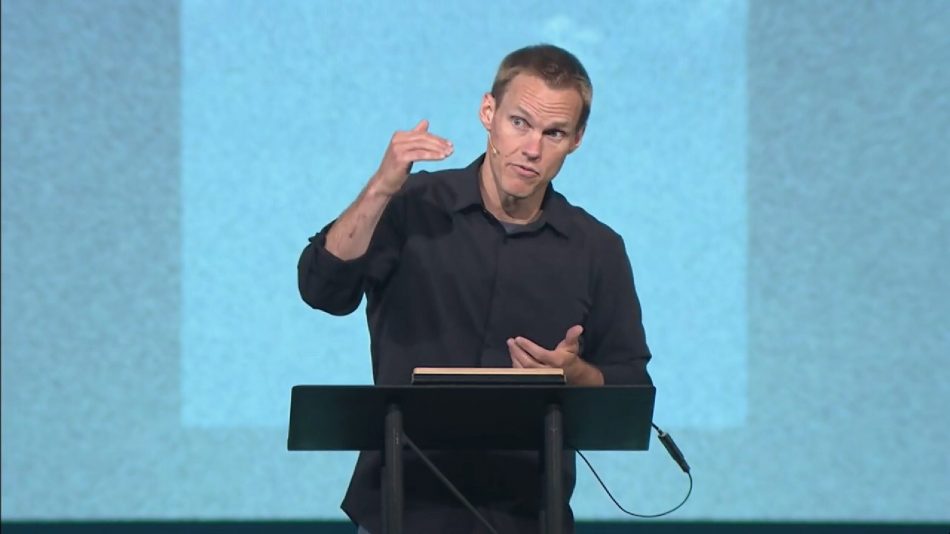 A sad sight to behold is the trajectory that David Platt has been on over the last several years as the Evangelical “racial reconciliation” movement — a movement rooted in Marxist Critical Race Theory — has consumed him in nearly every aspect of thought and decision.

Platt, the senior pastor of McLean Bible Church in Northern Virginia, is now caught in the middle of a scandal that is reminiscent of events that took place in 2019 at a large Southern Baptist Church in Naples, FL. Similar to Naples, McLean Bible Church recently held a vote to confirm three elders — the first vote failed.

After the first vote, David Platt preached a sermon where he blamed the failed vote on a group of dissenting members calling them “divisive,” said they told “lies,” and implied that many of them voted illegitimately. Platt even mentioned how some of the voters even drove up from Florida to vote implying that their vote was illegitimate. However, Reformation Charlotte spoke with that family who drove up from Florida and they are members in good standing who happen to own property in both Florida and in the Northern Virginia area.

Upon failing in the first vote, a second vote this past Sunday narrowly succeeded by just a few percentage points and Platt claimed victory. However, this did nothing to address the underlying issues at McLean. Several members of McLean have contacted Reformation Charlotte to express their frustrations with the direction of the Church since Platt took over.

Earlier this year, McLean Bible Church released a draft for a discipleship resource designed for church members and leaders which is basically a baptized version of Critical Race Theory which obfuscates the issues of racism and individual sin. The resource, titled THE GOSPEL, THE CHURCH, JUSTICE, AND RACE, basically lays out how McLean Bible Church intends to define and state their positions on issues of justice, particularly “racial justice.”

While the resource starts out well, contending that “we are not fundamentally defined by our ethnic backgrounds, socioeconomic situations, or political positions,” and that the gospel is the solution for issues of justice, that’s essentially where the “good part” of this resource ends.

Under one of the first headings of the resource, To Divide or Not to Divide, it states:

These disagreements (which may be strong at times) may mean less partnership with one another in public or political engagement. Particularly when considering issues of justice as God’s people, we inevitably engage in political discussions about how to do justice according to God’s Word, and we come to differing conclusions on political leaders, parties, policies, and positions. However, amidst these disagreements and differences over beliefs and practices that are less clear in the Bible and not essential to Christianity and membership in the church, we still joyfully stand together as brothers and sisters in Christ around beliefs and practices that are clear in Scripture and essential to Christianity and membership in the church. Part of the purpose of this resource is to help us distinguish between core beliefs about justice and race around which we unify and personal convictions, opinions, preferences, or perspectives around which we may disagree or differ.

Right off the bat, we can see that this resource is designed to separate one’s politics from their theology–something that simply cannot be done in the Christian life.

Disclaimer: Before I proceed, it needs to be clearly stated that this author’s primary concern is not political election outcome or the future of this nation. The highest concern should be placed on how churches are teaching Christians to think about this issues and to apply biblical theology to them. Further, we are not free to come to “differing conclusions” on these issues; as Christians, we are obligated to seek God’s position on these matters and hold to them.

McLean, and David Platt, are known for attempting to create unity in their church where there is no unity. People cannot be divided on such issues as abortion, homosexuality, Critical Race Theory, socialism, etc., without underlying theological disunity. David Platt is simply calling for peace where there is no peace (Jeremiah 8:11). The divisions on these issues are not political, not cultural, and not personal–they are theological. Further, Platt’s contention is contradictory to Paul’s commands for Christians to be “in full accord and of one mind.”

So if there is any encouragement in Christ, any comfort from love, any participation in the Spirit, any affection and sympathy, complete my joy by being of the same mind, having the same love, being in full accord and of one mind. –Philippians 2:1-2

But that’s just the beginning of it; the discipleship resource goes deep into the rabbit hole of Critical Race Theory and suggests that it is the duty of white Christians to identify how they are beneficiaries of “systemic racism” and flee from it. According to Platt’s resource, this starts by gleaning truth on issues that are “less clear” in Scripture by listening to other people’s experiences,

We listen to our brothers and sisters as they share their thoughts, desires, and experiences. We listen empathetically, cautiously aware of our natural tendency to defend our biases, and seeking to understand another’s perspective as best as we possibly can. As we listen, we humbly strive to learn.

Next is when this resource begins to particularly address issues of “systemic injustice.” It states that “such injustice is not limited to the individual lives of people; it permeates the systems and structures that sinful people create and maintain,” and that “God decries His people for their contentment with unjust laws, practices, processes, systems, and structures.”

One statement of particular concern says that

We work to repent of all intentional expressions of racism and to recognize how our actions can unintentionally either express racism or contribute to the effects of racism. Further, we work to recognize and resist any way in which racism around us (from our family upbringing to our surrounding culture) has influenced our thoughts, feelings, words, or actions regarding different groups of people.

And then it goes on to state,

We honestly examine any advantages we may have because of our “race,” and we steward any such advantages for the sake of people who are disadvantaged because of their “race.” We work to understand the needs and defend the rights of anyone whose poverty is in any way due to “race.”

Here is how David Platt has responded to this line of reasoning. For him, simply being white makes you part of the problem.

This is Critical Race Theory 101 and is not grounded in any proper biblical exegesis. It is rooted in the cultural Marxist movement that is designed not to create unity among people, but to cause further division and strift. And the question one must ask is: has it been successful? The short answer is yes. It is this kind of reasoning and thinking that leads non-whites to say things like McLean co-pastor, Mike Kelsey said in the wake of the George Floyd killing. “It’s difficult for me not to torch all white people.”

Why is it difficult for Kelsey not to “torch all white people?” Because, in his mind, the amount of racial hatred toward white people — that has developed from years of Marxist propaganda — leads him to believe that all white people are responsible for the actions of each other and that it is some kind of “white ideology” that caused George Floyd’s death. Of course, that’s absurd and unbiblical, but that’s what his church has taught him.

Some members of McLean Bible Church are exhausted and have responded. Earlier this year, in response to this discipleship resource draft, one member wrote to the leadership of McLean pointing out that Platt has essentially bought into several of the main tenets of Critical Race Theory and believes them to be true.

It is my belief, that based on the Critical Race Theory Tenets cited below that David Platt, in MBC’s Discipleship Resource, believes these tenets to be true and inaccurately uses them to inform what it deems as a “Biblically-based” Christian response to this ideology, cleverly disguising it as “God’s will”.

Those tenets, the member writes, include:

“In conclusion,” the member states, “this ‘discipleship’ resource is a sociologically-informed/Biblically-driven curriculum; formed by the ideology known as Critical Race Theory. Said differently, this resource utilizes an eisegesis approach to Scripture.”

The bottom line is that David Platt, like all others who have been consumed by the social justice movement in Evangelicalism, has abandoned first love and is actually causing far more division than what they believe they are preventing. Platt’s obsession with racial issues is tearing McLean Bible Church apart and one must examine their actions to see if it is their doctrine, beliefs, or actions that are the true cause of division.

I appeal to you, brothers, to watch out for those who cause divisions and create obstacles contrary to the doctrine that you have been taught; avoid them. –Romans 16:17

There is no doubt that David Platt is creating obstacles for his Church.