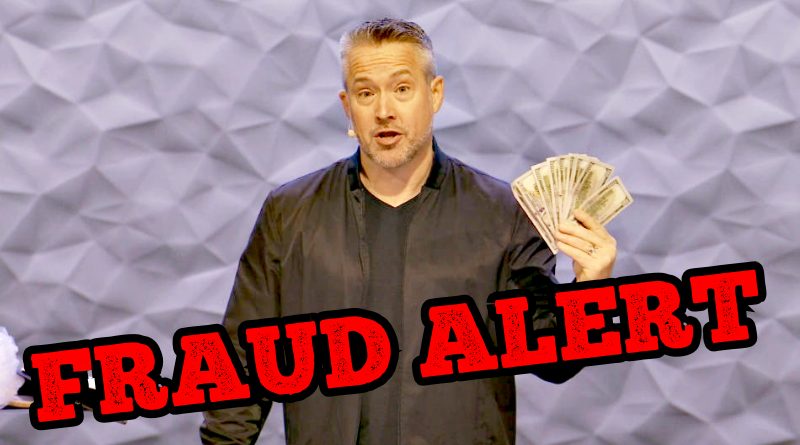 In the midst of the exposure of the largest Evangelical plagiarism scandal in modern times, it has become increasingly clear that the vast majority of the leadership in the Evangelical world are frauds. From the newly-elected Southern Baptist president, Ed Litton, who has been criticized for his serial plagiarism of former president, JD Greear–dating back as far as 2013 from what we have discovered–to JD Greear himself, nothing could be more clear than that God’s judgment is on the Southern Baptist Convention.

Some astute watchdogs have uncovered that this scandal runs deep, far, and wide. In an interview with Jim Osman that was published last night, Justin Peters revealed that many Evangelical leaders have been purchasing sermons from a research group that prepares sermon materials for a wide range of Evangelical pastors regardless of doctrinal convictions. That research group is called Docent.

According to Docent’s website, the group “partners with pastors to provide research assistance to lighten their load and help them serve their churches more effectively, ” and will “assist with both sermon and sociological research, offering consultations with experienced ministry leaders, and producing curriculum.” Further, Docent will “carefully pair graduate-level researchers with our clients based on theological compatibility,” meaning, Docent has no actual doctrinal convictions, they merely mold to fit whatever doctrine the church requesting their help requires.

As Justin and Jim pointed out in their interview, this proves that these pastors who use this service don’t actually spend time exegeting the text and letting the text shape their own theology–rather, they have presuppositions to the text, and this research group will prepare sermons for them based on their own doctrinal beliefs. It’s why so many of these pastors have so little ability to actually defend what they preach.

It has been exposed that many popular Evangelicals use this service regularly– to name a few, an article at Patheos points out that this service has been used and endorsed by:

JD Greear, though, has not only admitted that he has used this service, but that he uses it so that he can be lazy while it still makes him look good. In a glowing endorsement (that has now been removed, but is still available on a Wayback Machine archive), he writes:

Docent has been a humongous help to me, saving me literally hours each week and improving the quality of my preaching dramatically. These guys are the real deal. I give them assignments and questions on everything from interpretation to cultural analysis to illustration, and they get me thorough answers, always on time. They are outstanding scholars and really “get” my job as a communicator. I often have people remark to me, “How many hours did you spend on that sermon? Where do you get time to do all that research?” Ha. Thanks, guys for making me look so good!

This aligns with what Ed Litton, who has been plagiarizing JD Greear, recently said about his sermon prep. Litton admitted that he “used to lie” about his sermon prep, telling people that it took longer to prepare them than it actually did and then laughing and joking about it.

Justin Peters’s interview with Osman on this is very good and well worth the time to watch. If this doesn’t prove that the Evangelical Industrial Complex is a Quid Pro Quo scam, nothing will. It’s time to treat these frauds like what they are. Call them to repent–and if they don’t, purge them.