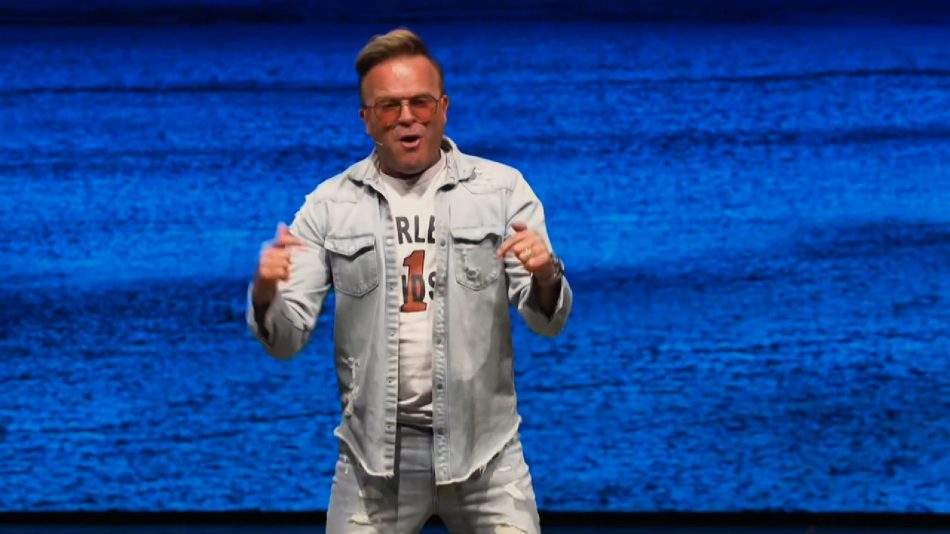 While most bad church practices in Evangelicalism come, hang around for a while, and are ultimately pushed out of the mainstream in favor of something else new, the seeker-sensitive church movement is one of the longest-running church heresies in modern times. The movement seeks to entice people to come to church by making church “fun” and “exciting.”

In the case of David Crank, pastor of Faith Church, the enticement comes by making church “compelling.” What is Crank’s version of compelling? According to a sermon he preached recently, it’s cracking weed jokes and making church into a comedy club.

While most seeker-sensitive churches don’t actually admit that they take it that far–though most of them do actually take it that far–Crank has no problem admitting that his church is nothing more than a comedy club. In Crank’s mind, Christ isn’t enough; people need a better reason to come to church.

The entire seeker-sensitive movement is based on the assumption that church is for unbelievers and the preaching of the Word is insufficient to save people.

Watch this nonsense below:

Join our ad-free Substack community to read and post comments...
- Advertisement -
Previous article
Hillsong CEO Says It’s “Unfortunate” to Represent What the Bible Says About Homosexuality
Next article
Biden’s Socialism Will Take America Back to the Horse and Buggy Days—or Further