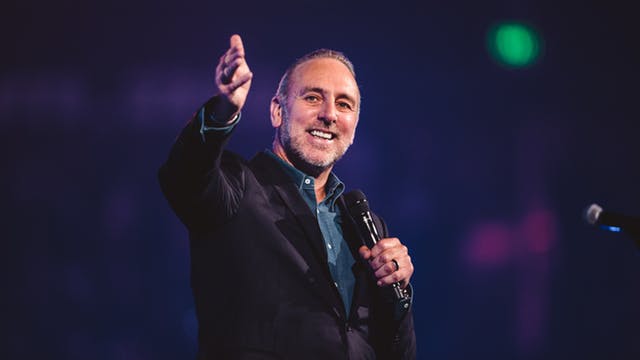 Hillsong has always been a scandal-plagued church. The global organization which is headquartered in Sydney, Australia, is a popular, worldly organization that masquerades as a church but attracts celebrities and carnal-minded people who would rather not have to deal with the “mundane,” such as biblical theology and actual Christian teaching, and would rather just be entertained.

This attracts scandalous leaders who, instead of teaching the Word of God and leading a flock of Christians, they entertain the goats and drop like flies amid their scandals, affairs, and carnality.

Last year, Hillsong NYC hit one of its most memorable scandals of its history–and there have been many–after its lead pastor, Carl Lentz admitted to having a sexual affair with a Muslim woman while leading the church. Lentz was subsequently fired from his role which sparked a string of structural changes within the organization, including the CEO, Brian Houston, who stepped down as top leader after admitted he dropped the ball on dealing with NYC’s scandals.

Now, Hillsong faces another scandal as it has been revealed that the leadership of Hillsong Dallas has been using church funds to fund their lavish lifestyle, including insanely expensive designer clothing, frequent stays at expensive Airbnb rentals, and thousands of dollars on single meals. And, instead of removing the lead pastor and replacing him with a qualified leader, Hillsong founder, Brian Houston, has decided to close the location indefinitely, leaving its members without a church to fend for themselves (not that they were being properly led anyways).

“Early in our process, the Bogards decided to resign from Hillsong Church. We accepted their resignations and acknowledged the time that the Bogards spent establishing our Dallas location,” the Houston wrote in an email.

“It was very disappointing to learn that, while some of you experienced the Bogards as dedicated pastors, many others have experienced leadership that failed to meet the commitments and standards of Hillsong Church,” Houston continued. “I want to be the first to apologize to those who felt disappointed or hurt, and I pray that God does a swift work in bringing peace and healing.”

Houston also said that he would understand if former members decided to go to another church rather than watch the broadcasts online. This would, however, be the right choice to make–find a good, biblical church in the area to attend.

Hillsong has been a scandal-plagued church since its founding. The organization, which has often found itself defending indefensible actions by its leaders and members, has become nothing less than a personality cult for high-profile celebrities — like Justin Bieber and Chris Pratt — and their followers to attend who want to be able to say they’re “Christians” without having to actually commit themselves to any doctrinal standards.

Other scandals include NYC Lentz’ telling CNN that he may be open to affirming homosexuals at some point and his daughter caught on camera taking part in an anti-police protest as she screeches and screams at police. And gay advocacy groups have claimed that Hillsong is secretly pro-gay, but won’t announce it publicly. Hillsong’s CEO, Brian Houston, says that we shouldn’t “judge” homosexuals because God is a “God of love” and threw Chris Pratt under the bus after Pratt publicly supported a biblical view on sexuality.

Hillsong has hosted Roman Catholic masses, has put on literal circus performances, held sleazy Christmas performances and paraded scantily clad women across the stage, and featured a “naked cowboy” at a women’s conference followed by a “naked Santa” at another conference. It’s easy to see why so many Bible-believing Christians refuse to even allow their presence through music in their churches — Hillsong is a prosperity gospel cult and a breeding ground of false converts. And their leaders are dropping like flies — including Marty Sampson, the worship leader who renounced his faith altogether after the fame and glory Hillsong offered him was no longer enough to satisfy his carnal desires.