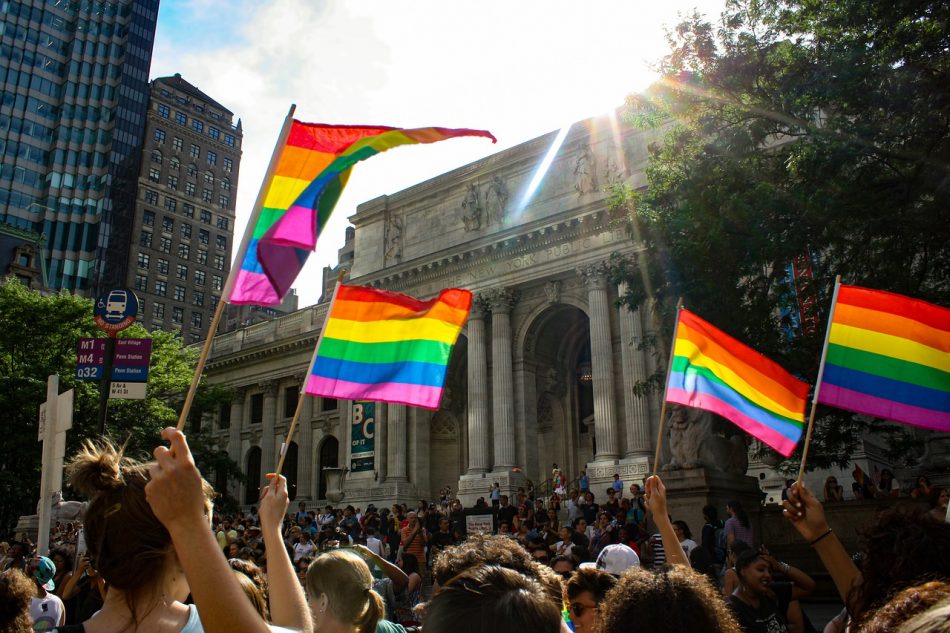 Preparing Your Children for the Next Sexual Revolution

In modern history, however, the sexual revolution is generally attributed to a dramatic shift in society which became more open to extra-marital sex. With the onset of various types of contraception, traditional values regarding sex were traded for a more liberal and accepting stance. And because it was now easy to prevent pregnancy, sex outside of marriage was no longer taboo. The sexual revolution had begun.

Yet, it didn’t stop there. Not only did fornication become common practice in society, it started to become a sort of rite of passage for teenagers. But worse, the “gay rights” movement began to take shape. In June of 1970, America saw its first formal “gay pride” parade in Chicago which was organized by Chicago Gay Liberation. Other cities, particularly on the West Coast, soon followed suit. Yet, at this time, homosexuality was still largely seen as a deviant sexual perversion by the majority of society and these marches were fringe.

Fast forward fifty years, today, the perception of these deviant sexual behaviors have shifted and the culture has now openly embraced nearly every form of sexual perversion and demonized those who oppose the new paradigm.

Various polls show that the majority of Americans openly support gay marriage and that even the “conservative” Republican party has moved to accept it. State governments are banning Christian counseling that seeks to help homosexuals struggling with unwanted same-sex desires, labeling Christian beliefs as “harmful” and “abusive.” Corporations are punishing conservatives who support legislation protecting children from chemical castration under the guise of “gender-affirming medical care” by moving their business out of the state. And those who hold to a traditional, biblical sexual ethic are being “canceled” from every major social media platform, losing their jobs, and even being legally punished with lawsuits for daring not to violate their consciences.

The new sexual revolution is here, and it’s far worse.

So how are Christians expected to raise their children righteously in this culture? It is understandable that not everyone has the option to homeschool their children and not everyone has the financial means to place their children in a Christian school. Some charter schools offer a little relief by refraining from engaging in the political sphere and sticking to core subjects–but that, too, will likely not last long. Even Christian schools are being threatened with legislation that will force them to violate their religious convictions. Yet, there is nothing eviler than a state-run public school.

The public school system is now designed to indoctrinate your children into a sexually deviant lifestyle. The system is not neutral–the teachers and administrators, for the most part, are not even neutral. There are exceptions, but the vast majority of public school faculty in most major cities are placed in these positions for the purpose of advancing the new sexual revolution. Get your children out of these state-run public schools immediately.

Do not depend on your church to counter the cultural revolution. It isn’t just schools, but the real world offers children an enticing taste of what it means to be part of the sexual revolution. From television to billboards on the street–to even the display shelves in Walmart stores–children are being targeted with sexual propaganda everywhere. There is no escaping, and what your child receives in 1 hour of Sunday School a week is not enough to counter the cultural narrative that seems so attractive to impressionable minds.

We must immerse our children in the Word of God–daily.

Train up a child in the way he should go;
even when he is old he will not depart from it. –Proverbs 22:6

We must counter unbiblical worldly ideologies from every front, for when we give in to any, we give in to the sexual revolution. We must first train ourselves to fight them, we must familiarize ourselves with the enemy and be not only willing but able to oppose them.

We destroy arguments and every lofty opinion raised against the knowledge of God, and take every thought captive to obey Christ, being ready to punish every disobedience, when your obedience is complete. –2 Corinthians 10:5-6

One of the greatest threats to a biblical worldview today is the belief in Evolution. There are even so-called Christian leaders–like Tim Keller–who push this worldview, and it’s very dangerous. Evolution is a form of “gateway drug” to the sexual revolution. Why? Because, if we merely evolved from animals, apes, then why is it morally wrong to act like them? Animals are not created in the image of God–human beings are. But if we allow the poison of Evolution to creep in, it becomes an enticing excuse for animalistic behavior in our fallen nature–all we like sheep have gone astray (Isaiah 53:6).

Other false teachers who masquerade as Christians, like Andy Stanley, deny other foundational biblical truths, like the virgin birth, decrying the Scriptures as unscientific and a hindrance to conversion among the lost. Of course, Andy Stanley is lost and doesn’t understand what conversion is–but that’s a topic for another day. We, however, must be able to defend these biblical truths with sound logic and reason, which, of course, can only come from God.

We must familiarize ourselves with biblical apologetics. As Christians, we understand that the Scriptures are authoritative, self-revelatory, and stands on its own. Our defense of the Scriptures must start with this perspective–that apart from God’s revelation, it is impossible to make sense of the world.

And, finally, we must be able and willing to sacrifice–even die–for the cause of Christ. If our children see us cave to the sexual revolution and become tolerant and unwilling to oppose it for the sake of peace, they will not see it as important. When we look throughout Christian history, it is those who died for their faith that left the greatest impact on the way the Church moved forward. Would the Protestant Reformation have continued if the Protestant martyrs recanted in order to save themselves from being burned at the stake? Doubtful.

We must understand that, as Paul stated in his letter to the Philippians, to live is Christ, and to die is gain. While the typical Contemporary Worship Artist–many of whom are promoted on your church stage on Sunday mornings–dresses and acts like a flaming homosexual, there is scant a better way to preach the gospel than to do so while dying for those words. This shows your children how serious we are about our faith.