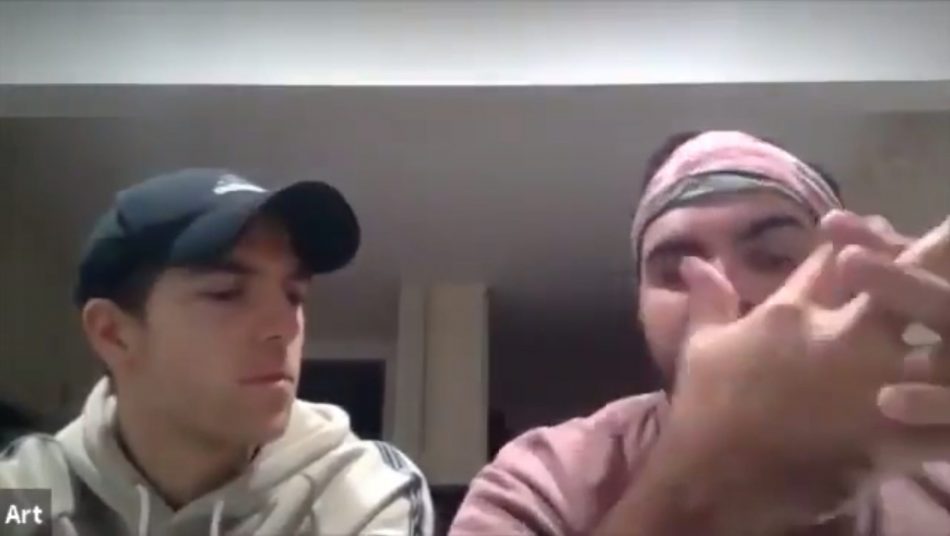 Revoice is the “gay Christian” movement largely associated with the historically conservative Presbyterian Church in America (PCA) that advocates for gay “celibacy” without giving up your gay identity while claiming to be a Christian. The movement is largely prevalent with homosexuals who want to justify their homosexual behavior, live a life of homosexuality, yet stop short of actual sex, they claim. For adherents to this movement, gay cuddling and man-to-man intimate relationships is normal so far as it stops short of bodily penetration.

If that sounds gay, it’s because it is. And it’s gross and weird. Yet, Art Pereira, a self-described gay Student Ministry Director at Hope Presbyterian Church (PCA) and his straight-friend, Nick Galluccio, a youth pastor at Stonecrest Community Church explain why they have moved in together to start a “family.”

“We’re totally committed to finding a way to live together and function as a household…if I get a job someplace and that means a change of location, that’s a decision we make as a family. When he has a wife one day, she’ll make those decisions with us.”

What’s gross is that the guy on the left, the straight one, sits there and takes it as this gay dude on the right talks about him like he bagged himself a trophy buck.

During the entire interview, the gay one, Art, admits that he has romantic feelings and is physically attracted to the straight one, Nick and he admits that he is spending too much time around him. Now, ask yourself if this is leading him to temptation or away from it. Is this what a Christian friend should be doing?

These people have completely perverted what it means to be in a monogamous marriage defined by God. In fact, these so-called “gay Christians” and their allies have perverted marriage even beyond what the openly, anti-Christian LGBTQ movement has done. At least with them, you know what you’re getting. But these Revoice people have moved in to redefine the Christian view of marriage and sexuality.

Why is this a big deal? Because the PCA is one of the last denominations that is considered “conservative.” While most mainstream Protestant denominations have fallen completely–the PCUSA, the ELCA, the UMC, etc.–the PCA and the Southern Baptist Convention are both losing ground to the LGBTQ movement through this kind of indoctrination.