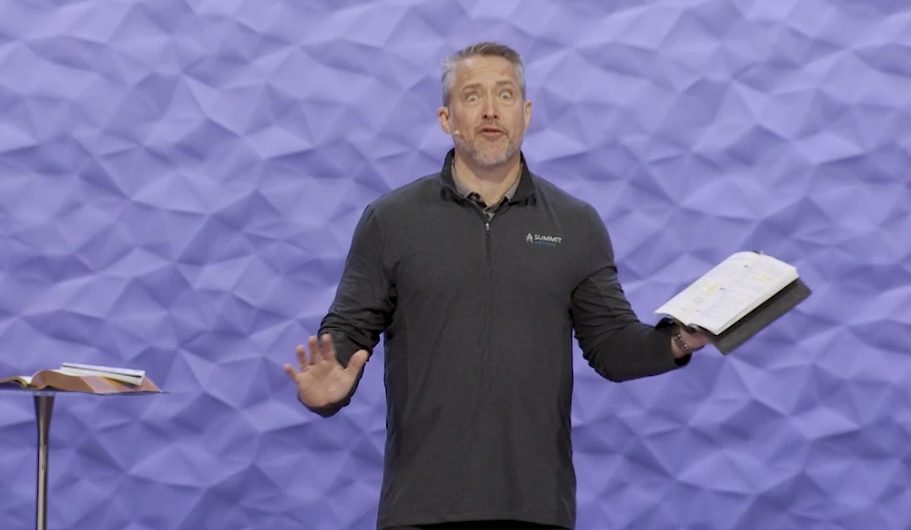 Southern Baptist President Says the Father Suffered in Our Place

It should be understood that there is no reason to believe that JD Greear, the Southern Baptist president doesn’t hold to an orthodox view of the Trinity. That isn’t the problem. The problem is that Greear’s repeated misspeaks on social media that constantly need to be explained are growing increasingly worrisome.

Today, Greear tweeted something that reeked of the heresy known as modalism–the belief that the Trinity is expressed in three manifestations that do not co-exist, but rather exist separately at separate times. He said that that the Father is the one that suffered on the cross in our place.

It’s bothersome enough that he says that the cross and the resurrection is about us–it’s not. It’s about Christ and His glory. That’s the fifth of the Five Solas of the Reformation–to the Glory of God alone. That’s quite the misunderstanding of the cross.

But then he goes on to say that the Father is pursuing you–He does pursue his elect–and that He suffered “in your place.” That last part is what is bothersome. There is no doubt that there was some form of displeasure the Father had in seeing His Son bear the punishment for our sins. But it also pleased God to crush His son. It satisfied the wrath of God.

However, it was the Son who suffered in our place.

For our sake he made him to be sin who knew no sin, so that in him we might become the righteousness of God. –2 Corinthians 5:21

For God has done what the law, weakened by the flesh, could not do. By sending his own Son in the likeness of sinful flesh and for sin, he condemned sin in the flesh, in order that the righteous requirement of the law might be fulfilled in us, who walk not according to the flesh but according to the Spirit. — Romans 8:3-4

What does this prove? This doesn’t prove that JD Greear is a modalistic heretic. It does, however, put another nail in the coffin of JD Greear’s ineptness at leading a church, let alone the nation’s largest Protestant denomination. The Scriptures say that overseers should be able to teach (1 Timothy 3:2), and if he can’t consistently articulate proper doctrine and regularly and recklessly botches important doctrines, he should probably not be in such a high position.

For more on JD Greear, see this link.