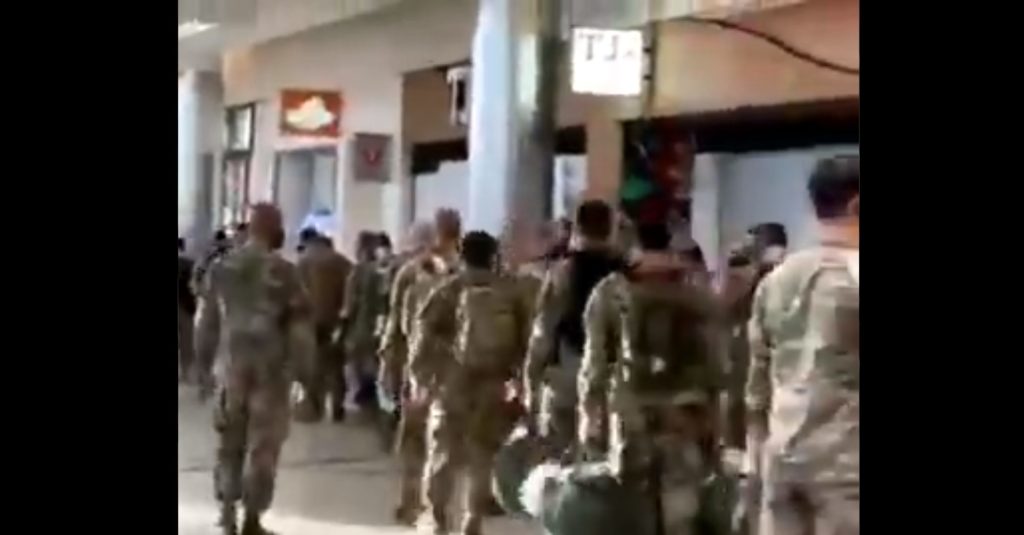 Tonight, Donald Trump heads to Georgia in a last-ditch effort to garner support for the Republican contenders for the U.S. Senate race. Amid numerous claims and mounting evidence of election fraud that has taken place in Georgia, this race will determine the balance of power in the Senate. The two Republicans, Kelly Loeffler and David Perdue, are needed to win this race in order for the Senate to keep the majority.

As the runoff election draws near, Trump will be holding a rally in support of the Republicans as violent, leftist opposition — including members of the two terrorist organizations, Black Lives Matter and ANTIFA — lauch their own counter-campaign. As the intensity of this battle heats up, hundreds, if not thousands of U.S. military personnel were spotted at the Atlanta airport this morning.

Could they be anticipating something major? Is this normal?

Join our ad-free Substack community to read and post comments...
- Advertisement -
Previous article
Critical Response to Al Mohler’s Structural Sin and Systemic Racism: What does the Bible Teach?
Next article
Babies Born With Down’s Syndrome Cut in Half as Parents Opt to Terminate Child’s Life After Screening