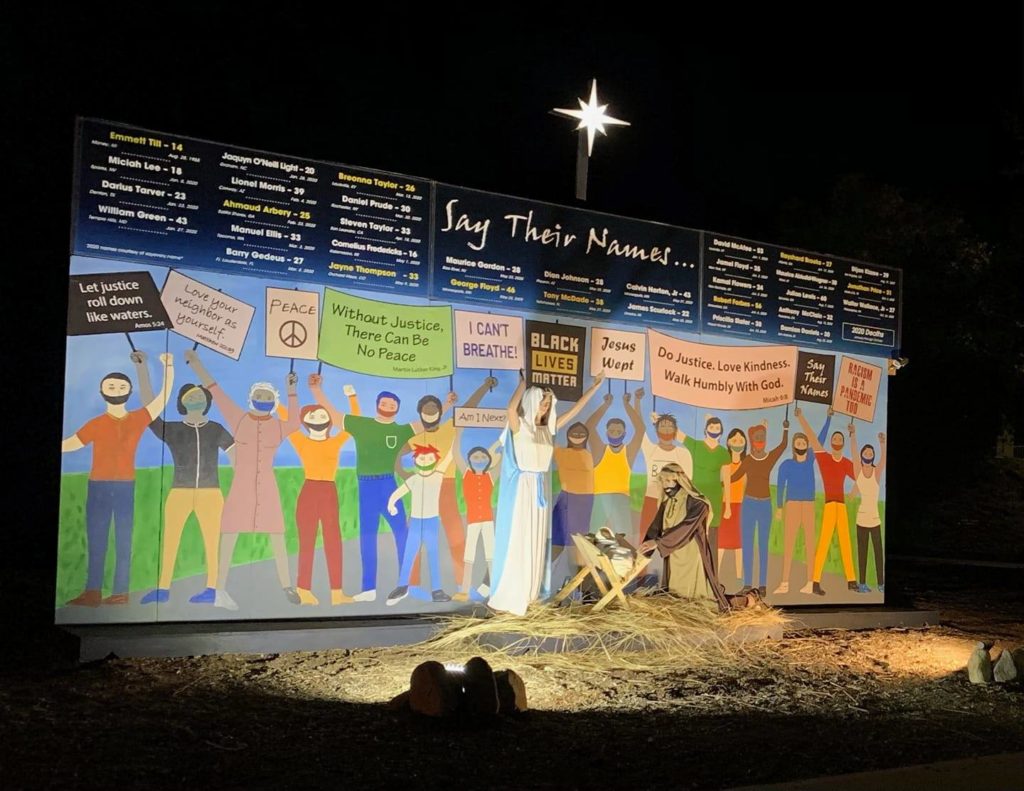 As pious as it might seem to use the story of Jesus’ flight to Egypt during his infancy to make a political plea against the “white guilt” of millions of Americans who actually care about the security of our nation, such a depiction is blasphemous. as with the depiction of Jesus being “miraculously conceived” by two bearded sodomites. Besides being the savior of the world, the sovereign God, and the second member of the godhead, Jesus was a lot of things. A political pawn he was and is not.

Now, a California Church has attempted to top this with the “Black Lives Matter” nativity scene.

Claremont United Methodist Church in California depicts this scene on Facebook with the commentary, “Mary knows the sorrow of any parent who has ever lost a child, and she stands in solidarity with all who seek justice.” Of course, God’s justice is righteous and the “justice” being sought by Black Lives Matter is of, well, Satan. But so is this church, so go figure.