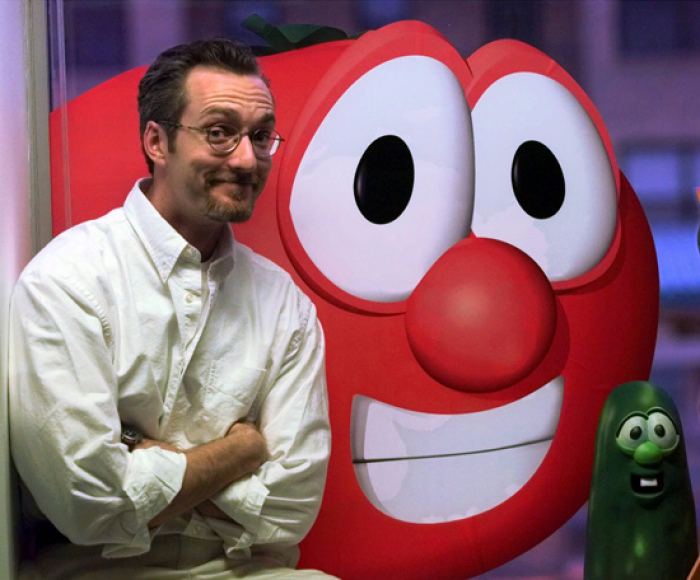 Reformation Charlotte has been reporting on the blatant leftward drift that Veggie Tales creator, Phil Vischer has been caught up in over the last few months including attempting to make the case that Christians can vote for pro-abortion Democrats and that parents who send their kids to good schools are racist.

Now, in another podcast panel, Phil Vischer and his panel wonder out loud if Latinos are actually “white” because they aren’t voting Democrat as much as they used to.

“I do wonder if we are seeing the early stages of Latino-Americans being broadly accepted as white,” says Skye Jethani, one of the panel guests, “…because up until recently Latinos have not been considered white in demographic studies and voting trends and things like that. But if more and more of them do move toward the Republican party, and some of the values of that party, we might see them broadly accepted as white.”

Of course, a bunch of white people sitting around in a studio deliberating over which ethnicities can and cannot be considered white is, in and of itself, racist.

Earlier today, Reformation Charlotte reported that one school district in Washington state decided that Asians can no longer be considered “people of color” because, in comparison to other “people of color,” they are more “successful.” In other words, since they have a narrative of “white oppression” to keep up, Asians blew that narrative up. Therefore, the school district just slid them over into the “white” category.