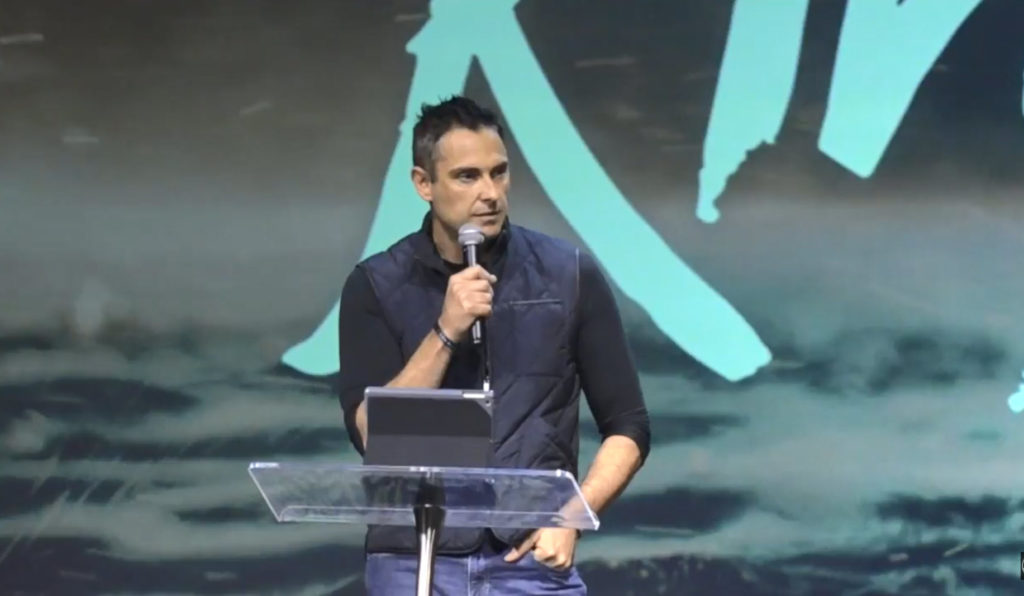 Thanks to a Freedom of Information Act request by the NC Beat, Daniel Chalmers of Catch the Fire Church in Raleigh, NC has been identified as the “well-known North Carolina pastor” who urinated on a black woman on a Delta flight from Las Vegas to Detroit. Fox 2 Detroit first reported the incident after an unidentified man who was described as a well-known pastor from North Carolina was booked for the lewd act which had been attributed to an unknown substance, most likely, Ambien. However, according to the police report, alcohol or illicit narcotics were not used.

According to the police report, the victim said she was sleeping and “I felt something next to me so I woke up and looked to my right and seen this guy standing next to me. Shortly after I started to feel something warm and I jumped up and screamed and I noticed he was shaking his peȵis like he was finished and that’s when I felt my skirt was wet and the flight moved me.”

The identity of the man, which had been held in secret until now, is now revealed and several passenger witnesses and officers responding to the incident have written statements, including the one below from an officer identified as WMMEYERSK.

I responded to gate A-23 on the report of and individual that urinated on another passenger. I was also advised that an off-duty officer was on board the flight. Upon arrival of the aircraft, I received a phone call from Cpl. Monte. He told me he was the officer on board the flight. I also called FBI agent Nathan Steele via telephone. He told me to detain the Chalmers until he could arrive and interview him. Ofc. Ouza and Riley went on board the aircraft to detain Daniel Chalmers. I assisted Ofc. Ouza with taking the suspect, Daniel Chalmers, down the jet bridge stairs at A-23 and placed him in the passenger rear seat of vehicle #416. Ofc. Ouza transported Chalmers to building #610.

It is unsurprising that the offender is from a charismatic church as charismatics have a tendency to be much more undisciplined in general and would not weigh the risks of taking a substance that would cause them to act irrationally.

Another passenger described the victim’s scream as “blood curdling,”

Within approximately 30 seconds of his passing by my row of seats, a women from behind me let out a blood curdling scream that woke and startled the entire flight. Passengers began sitting up, cabin lights came on and when I turned to see what had happened, I observed CHALMERS standing next to the victim, BEVERLY, who was seated in 23C.

The entire police report can be read below.