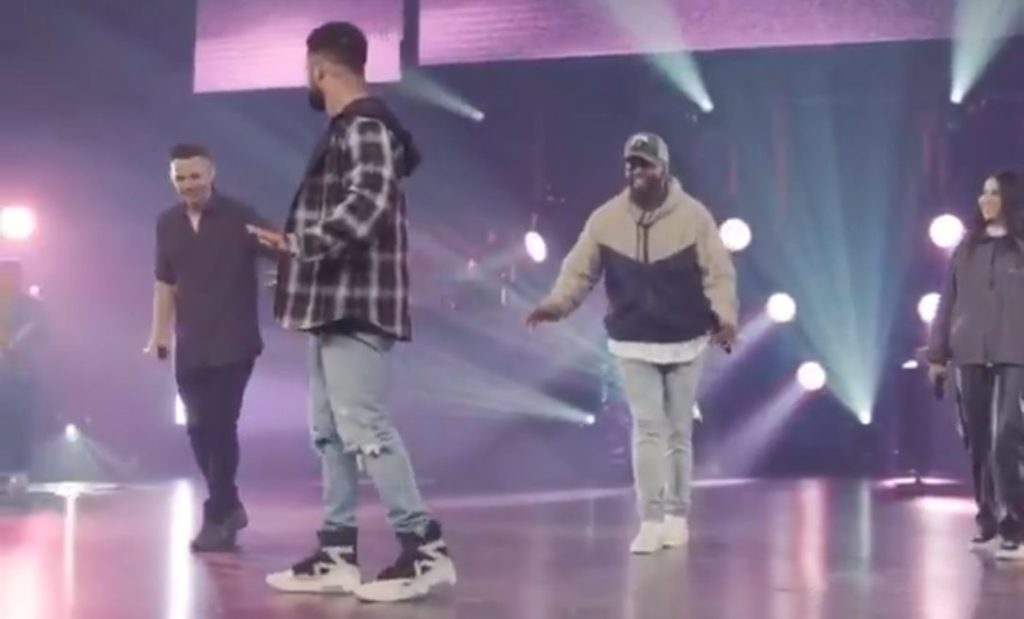 Instead of Preaching Christ, Steven Furtick Holds “Walk on Water in Style” Contest

Heretic and false teacher, Steven Furtick of Elevation Church in Charlotte, NC is no stranger to clownish gimmicks that mock Christ and reflect a spirit of sedition against the commandments of God.

It should come as no surprise that a pastor who believes that God’s existence depends on man and denies the trinity while embracing the heresy of modalism would hold a contest to see who can “walk on water” the best when, instead, he should be preaching the Scriptures, exalting the name of Christ, and pointing people to salvation.

Narcissist, Steven Furtick believes that the Scriptures are all about him as he ascribed the promise of the coming savior, Jesus, who would crush the head of the serpent as the serpent bruised his heel to himself and once received a bronze statue of King David from anti-Trinitarian heretic, T.D. Jakes, for having the “head of the Giant under his feet.”

It goes without saying — at least to anyone who understands and believes the Scriptures — that “walking on water” is not a practice of the Church and pretending to do so is nothing more than a mockery of God.