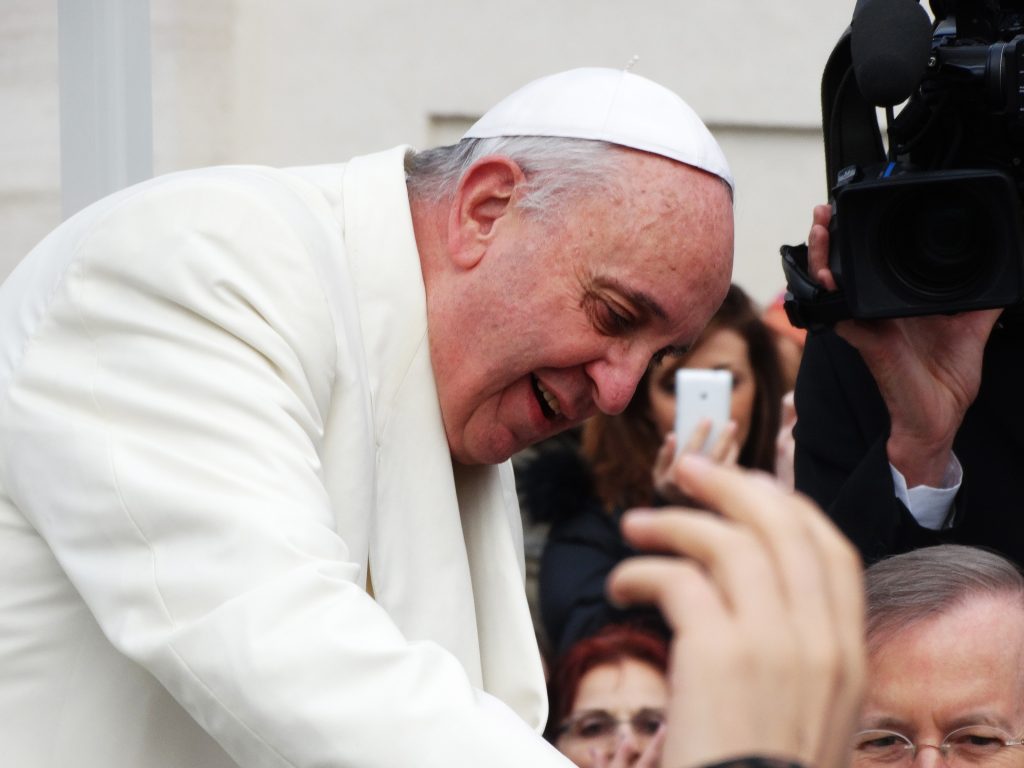 Reformation Charlotte has been warning about the pope and the Roman Catholic Church for years. Besides the fact that the Church of Rome is a counterfeit representation of the Bride of Christ with its false gospel doing all their deeds to be seen by others, making their phylacteries broad and their fringes long, and loving their places of honor at feasts and the best seats among men and love being called “father,” (if you caught the parallel to Matthew 23), unsurprisingly, earlier this year, Pope Francis sent money to transgender prostitutes who were out of work due to COVID-19. Now, he’s openly endorsing same-sex unions.

ROME (AP) — Pope Francis endorsed same-sex civil unions for the first time as pope while being interviewed for the feature-length documentary “Francesco,” which premiered Wednesday at the Rome Film Festival.

The papal thumbs-up came midway through the film that delves into issues Francis cares about most, including the environment, poverty, migration, racial and income inequality, and the people most affected by discrimination.

“Homosexual people have the right to be in a family. They are children of God,” Francis said in one of his sit-down interviews for the film. “What we have to have is a civil union law; that way they are legally covered.”

While serving as archbishop of Buenos Aires, Francis endorsed civil unions for gay couples as an alternative to same-sex marriages. However, he had never come out publicly in favor of civil unions as pope.

The Jesuit priest who has been at the forefront in seeking to build bridges with gays in the church, the Rev. James Martin, praised the pope’s comments as “a major step forward in the church’s support for LGBT people.”

“The Pope’s speaking positively about civil unions also sends a strong message to places where the church has opposed such laws,” Martin said in a statement.