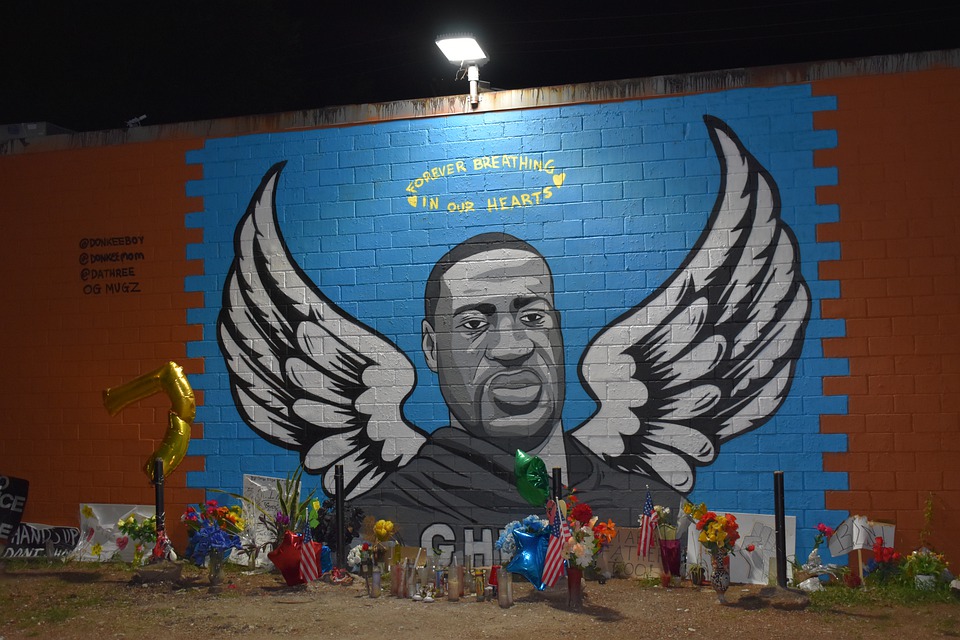 The Moment a Christian Obsesses With Race, the Instant the Gospel Gets Censored

In response to the latest adaptive stances of the Southern Baptist Convention, let it be known that this whole article is not about demonization—to my knowledge, racism can and should be addressed as such because various forms of these behaviors exist, which are not wholeheartedly addressed despite SBC’s latest attempts to drive home the topic. As matter of fact, the main point to this article shall focus on the latest attempts to combat racism: by engaging it with obsession.

Part of this ongoing onslaught is to litter every sermon with an allusion to race, misogyny, ethnocentrism, sexism, homophobia, etc., like repetitively alluding to these words will make a grand difference. This is not to say one cannot make room to address the subject—one can and should—but this is not the Gospel Endgame. A quick visit to the Front Porch Website shows little else other than the obsession of identifying, combating, and preventing racism (note: while this is a downside to the website, this is a good resource to understand Critical Race Theory from their perspective). One could never get a good sermon on Christian faith without mentioning racism.

And that’s the problem for Christians who embrace Critical Race Theory (CRT): getting past the racism.

For people like Dr. Jarvis Williams & Dr. Theon Hill—the latter whom I’ve met once back in my days at <gasp> Bob Jones University—the obsession of race has become an endless endeavor. Rather than tracing the ills which plague the black community—fatherlessness, sexual promiscuity, laziness, anti-white stereotyping, etc.—these folks are more interested in disseminating values which CRT does not support. In other words, any ideas whites tend to embrace need to be discarded be these are ideas associated to them by default.

Which means blacks like Candace Owens & Star Parker need to be canceled.

Do not misinterpret the message—the reason why I raise these concerns up is because proponents of CRT are not only interested in disseminating racism, but any type of institution which holds blacks from having the opportunity to acquire power and wealth. Although claims such as these are what most would call the battle cries for social justice reform, multiple factors which plague the black community at large are the very things CRT proponents would rather discuss these as exhibitions of whiteness rather than taking these issues seriously.

Rather than using these means as the predominant reasons why black communities fail, it’s more important to present the individual’s life from both a perpetrator and victim (circumstantial) perspectives. According to the Front Porch Website:

“The perpetrator perspective assumes a world where everything is working pretty much as it should, where merit rules and jobs, goods, services, etc. are distributed naturally, generally fairly, and in accordance with ability and desire, and “discrimination,” when it occurs, is an individual aberration from the norm.

Further, in order to prove that such discrimination has occurred under the perpetrator perspective, one must show that someone is properly at “fault.” This requires an investigation into the presumed perpetrator’s intent. There is, according to the perpetrator perspective, no “violation” of the “antidiscrimination principle” unless one can prove that the action of the supposed perpetrator was intended to disadvantage according to race. So long as it cannot be proven that the action wasn’t done for a different reason, or no reason at all, the differential racial effect of the action cannot constitute discrimination under this perspective. And not only must one prove fault, one must also demonstrate an identifiable causal chain, which “serves to distinguish from the totality of conditions that a victim perceives to be associated with discrimination those that the law will address.”

In other words, the gist of the entire complaint—as Bradley Mason put it—stems the blame on equitable justice rather than sentimental jurisprudence. To put this bluntly, every institutional form which exists in America (legal, religious, & educational) propagates unfairness due to the demands of objective evidences which no minority could or would be able to disprove. Because these standards are relatively difficult to show—as Mason contends—all these organizations fall under the perpetrator perspective and its advocacy of systemic racism.

How does that compare to the Gospel? Let’s examine a random passage.

The proverbs of Solomon.

A wise son makes a glad father,
but a foolish son is a sorrow to his mother.

Treasures gained by wickedness do not profit,
but righteousness delivers from death.

The LORD does not let the righteous go hungry,
but he thwarts the craving of the wicked.

A slack hand causes poverty,
but the hand of the diligent makes rich.

He who gathers in summer is a prudent son,
but he who sleeps in harvest is a son who brings shame.

Blessings are on the head of the righteous,
but the mouth of the wicked conceals violence.

The memory of the righteous is a blessing,
but the name of the wicked will rot.

The wise of heart will receive commandments,
but a babbling fool will come to ruin.

Whoever walks in integrity walks securely,
but he who makes his ways crooked will be found out.

Whoever winks the eye causes trouble,
and a babbling fool will come to ruin.

Although the Gospel of Christ does not predominantly hinge on this passage, this chapter does not square up to the CRT proponents’ demands for racial justice. Merely emphasizing on the second, fourth, and ninth verses of Proverbs 10 would do more harm for the black community because this passage can be interpreted from a perpetrator’s point of view—viz., the Bible assumes each individual (rather than as a group) is responsible for the way s/he lives their lives. Deciding to avoid any type of wisdom strictly belongs to the victim not the perpetrator. Although contributors of the Front Porch Website may not know it, their claims of perspectives between perpetrators and victims fails to answer just one basic question:

What if the perpetrator was the victim?

Even though Bradley Mason has contributed heavily on contrasting the views, the question mentioned above does not exist as a possibility for CRT proponents. To the contrary, these ideals which everyone else embraces—self-reliance & self-responsibility—are dysfunctional anathemas. Merely pointing out how the entire chapter of Proverbs 10 solely benefits blacks ten-fold in their communities serves a much better purpose than using leftist jargon to develop a fictitious narrative.

Teaching sound biblical ethics based on the Book of Proverbs better equips blacks for problematic issues in the long run than spending a sermon discussing love in Galatians, and expecting Christians to refrain from statistics to comfort blacks who fell into the wrong circumstances as Jarvis Williams points out. Even though this author believes those who’ve ‘gone woke’ have their hearts in the right places, these individuals should be more inclined to equip communities with proper Christian ethics than adopting the Baptist preaching styles of hootin’ and hollerin’ with the special blending of leftist lingo.

Christian Universities like Liberty and Northwestern should be keener to invite speakers like Star Parker, Candace Owens, & The Hodge Twins rather trying to censor their voices and copy their leftist counterparts by endorsing the Critical Race Theory. Speaking of which (pertaining to Liberty University), there should be no reason to be celebrating the ousting of Jerry Falwell, Jr. when the University has not only embraced CRT ideology by promoting a workshop on ‘unconscious biases,’ but also chose Andy Stanley to speak at their commencement.

These moves to retain relevance and embrace problems are the chief reasons why these institutions along with Evangelicals generally are a religious embarrassment. Rather than taking the time to assess these teachings from a rational point of view—researching, contemplating, and applying a thorough critique to these views—it’s as if it’s more preferred to become acquainted with the teachings in order for the Christian to integrate them with his or her theology. This is not rational or Christian—to the contrary, it’s religious syncretism where one thinks the Bible tolerates a blend between Christian and non-Christian ideas to make something acceptable. While the idea itself is a relatively old one, most Christians ought to know better than trying to embrace blended concepts which do no favors for anyone.

Even if these ideas originate from people with an alleged profession of faith.