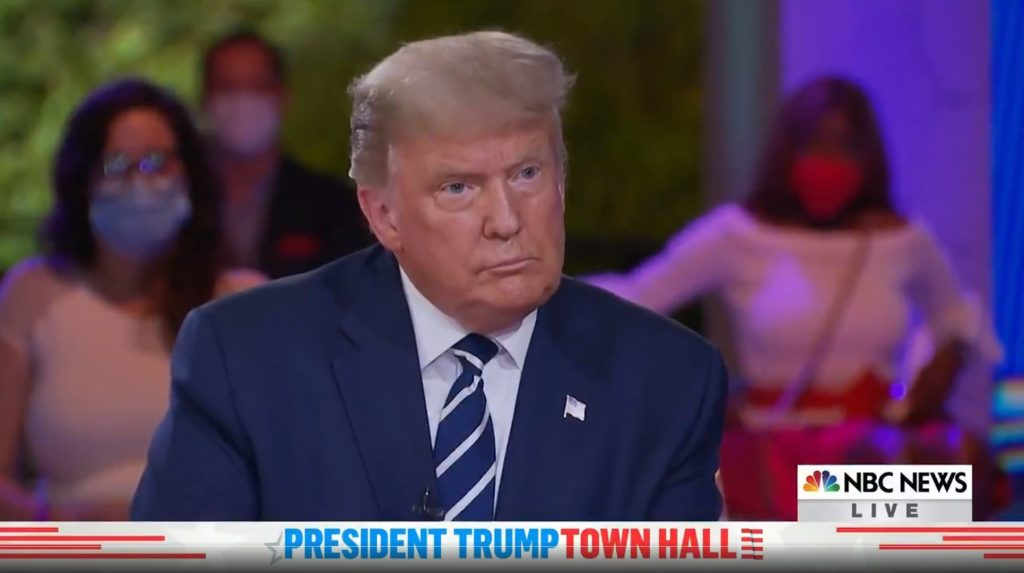 If you’re unfamiliar with QAnon, you’ve probably been asleep for the last four years. The QAnon movement is a loosely-connected group of people who believe that the government is run by radical deep-state elitists and that Donald Trump is fully aware of this and has been elected to “drain the swamp” of the deep state.

Much of the QAnon movement revolves around the belief that many of these elites are involved in a massive, world-wide pedophile ring. While there is certainly credibility to the movement — just look at the Jeffrey Epstein scandal which happens to be the tip of the iceberg — many, mostly Democrats and leftists, have been pushing for Trump to denounce the movement as a conspiracy theory.

Donald Trump was asked last night by NBC’s Savannah Guthrie if he would denounce QAnon. Trump fired back and asked why she is focusing on benign groups who are against a pervasive evil in our society when she should be asking about the real evil groups like ANTIFA.

Meanwhile, at Joe Biden’s town hall, Biden suggests that 8-year-olds should be able to have a sex-change and face zero repercussions for doing so. If you can’t see the stark contrast between these two candidates, you’re extremely cognitively deficient.

Join our ad-free Substack community to read and post comments...
- Advertisement -
Previous article
Joe Biden Says 8-Year-Old Children Should Be Able to Decide Their Gender, Face “Zero Discrimination”
Next article
Almost Half of Protestant Pastors Do Not Support the Conservative Presidential Candidate