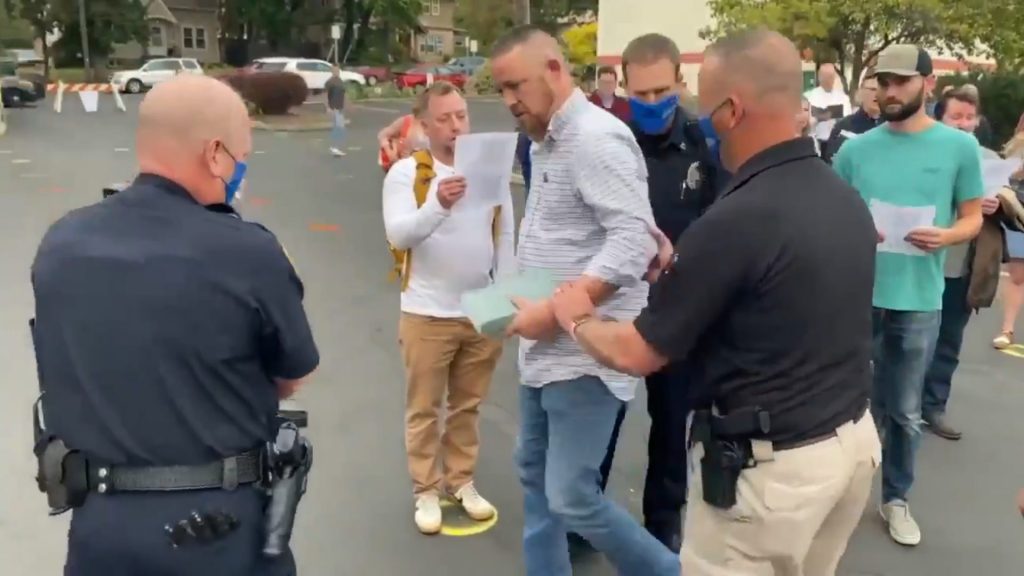 One can only look at what this nation has become with complete and utter disdain. The judgment of God is upon this nation when violent anarchists, rioters, looters, and domestic terror groups are allowed to freely assemble in the streets with the foreknowledge that destruction will ensue while Christians, on the other hand, are arrested for singing hymns.

That’s exactly what happened in Moscow, Idaho. While the name resembles the name of the capital city in the Communist nation, Russia, its actions mirror them just as well. The city has now arrested several Christians for gathering in the streets to sing hymns amid the terror and chaos taking over or cities in America.

We hope that this nation will understand what is happening before its too late and hope that more people will come to realize that without faith in Christ, there is no hope.

In case you want to reach the city council members of Moscow, Idaho, their email addresses are listed below:

Of the three arrested, one of them, Gabriel Rench, was a candidate for Latah County Commissioner and was arrested on charges of not social distancing and flouting the facemask order. The two others arrested were a husband and wife on charges of singing too closely together.