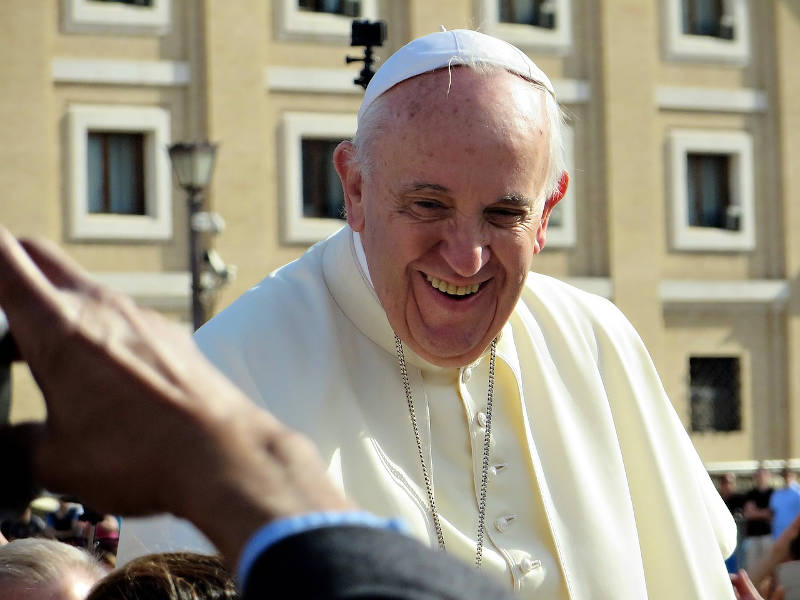 Pope Says God Loves Gay Children “As They Are,” Says They Are “Children of God”

Pope Francis is the most progressive face the Roman Catholic Church has ever seen, but the progressive movement isn’t unique to them. In fact, most Protestant denominations, including the Southern Baptist Convention, have taken major strides toward the left in recent years.

Francis, however, has taken the Roman Catholic Church in a near 180-degree turn on homosexuality — probably closer to 175 degrees — and has turned the organization into a pro-gay support group.

According to America Magazine, a prominent Jesuit publication, Francis told a group of parents of sexually-confused homosexual children that God “loves them as they are,” as does the Roman Catholic Church, because “they are children of God.”

According to the report, Francis was speaking to about 40 members of “Tenda di Glonata” (“Jonathan’s Tent”), an Italian group of Christian parents with children who identify as LGBT.

Of course, besides the fact that the Roman Catholic Church has historically held to a corrupt gospel for centuries — hence the reason for the Protestant Reformation — Francis’ move to the left on social issues in recent years is unprecedented, but not surprising.

Earlier this year, the pope sent a donation to a group of transgender prostitutes living in the small town of Torvaianica, Italy, who are out of work amid the coronavirus outbreak. The pope has been increasingly supportive of the sexually aberrant for a number of years, even holding a Mass for gay Catholics and held a mass with a lesbian Anglican activist.