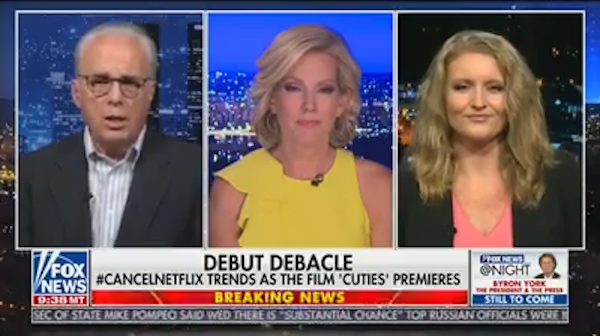 John MacArthur Addresses Netflix Sexualization of Children, Pins it on the LGBTQ Revolution

The sexual revolution is squarely in the hands of the LGBTQ movement and those that support it. And the fact that a large media company like Netflix can produce and broadcast a show that glorifies the sexualization of children and get away with it speaks volumes about the collective conscience of our society.

In case you’re unaware, Netflix is producing just such a show, called “Cuties,” that depicts young girls who rebel against conservative culture and become engulfed in a glorified sexual culture at a very young age.

“The slide is greased and it’s rapidly going down hill at warp speed,” he continued, “and to try to intervene at some point and say that’s enough, you would have had to start a long time ago.”

“This is just the next small step in the disintegration of an entire nation that has no conscience.”

Join our ad-free Substack community to read and post comments...
- Advertisement -
Previous article
Facebook Allows Man Who Posted Video of Him Raping a Baby Keep Account, but Bans Kyle Rittenhouse
Next article
Racism, Rebellion, and Revolution Promoted by Prissy Prostitutes of the Press