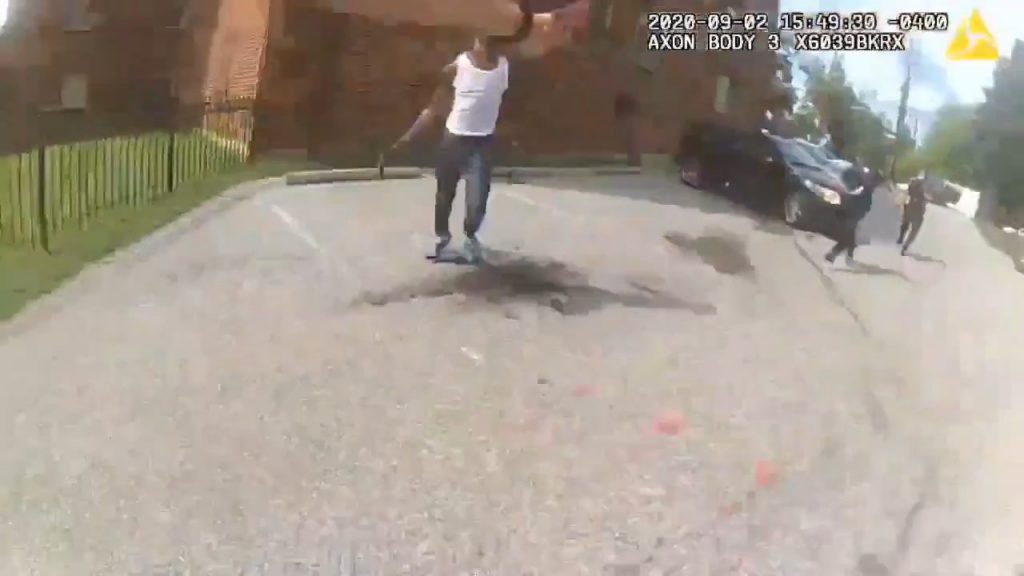 Black Lives Matter lied once again and has shown themselves to be a fraudulent organization that serves no purpose except to cause division and chaos.

The mantra has been that the latest officer-involved shooting in Washington D.C. was another “unarmed black man” who was “shot in the back” while running away. The officer’s body cam footage shows the exact opposite. In fact, it shows the suspect, Deon Kay, was not only running toward the cop, but armed with a gun.

The suspect was given every opportunity to cooperate before shots were fired, yet, as has been the case 99 percent of the time, the suspect rejected those warnings and attempted to fight anyways.

A still shot clearly shows the firearm Kay had in his hand while aggressively running toward the officer.

Before the body cam video was released, a woman who indentified herself as Deon Kay’s aunt insisted that her nephew was shot in the back while fleeing. Yet, we now know that this is false and whatever her reason was for making this claim, it wasn’t based in reality.

Even if Kay, as some have argued, was trying to ditch the gun as he ran toward the officer, making a sudden move with a firearm in your hand they way Kay did has long been justification for shooting. The police are trained to respond with deadly force during a moment of imminent threat and that officer had a fraction of a second to make a decision. This officer was clearly justified.