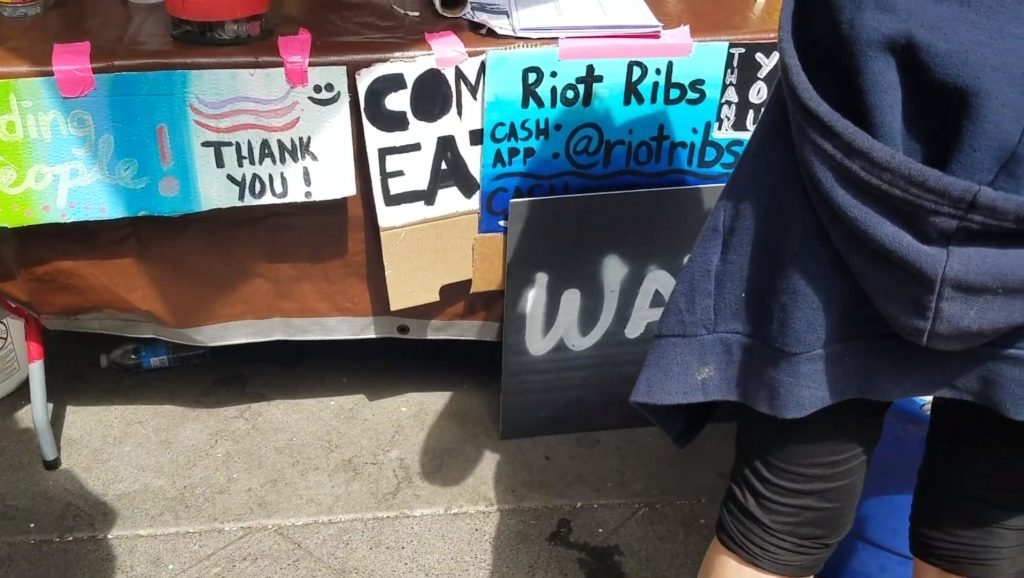 It’s no secret that the rioting and chaos around the country is incited and instigated by a smaller minority who rallies up larger crowds to then participate in violence and anarchy while causing destruction and fear among the peace-loving citizens. This country is reaching its boiling point of tolerance of this misbehavior and federal law enforcement is cracking down.

According to Title 18 U.S. Code § 2101, aiding and abeting riots across state lines is a federal felony that carries a maximum sentence of up to five years in prison.

A Seatle-based organization known as Riot Kitchen — a group that claims to feed rioters — has been busted in Kenosha, WI, aiding and abeting the rioting and chaos in the streets of Kenosha. The group claims they did nothing wrong, however, offering any kind of aid to criminals which enhances or further enables their criminal activity and interferes with law enforcement’s ability to curtail the situation is a clear violation of the U.S. Code against aiding and abeting riots.

The feds have cracked down on this illegal activity and hopefully, these terroritst organizations will receive the full penalty of the law.

Join our ad-free Substack community to read and post comments...
- Advertisement -
Previous article
Podcast: American Christianity in Disarray – My People Perish for Lack of Leadership
Next article
When They’re Done Burning Down Businesses, They’re Coming for Your Church Building