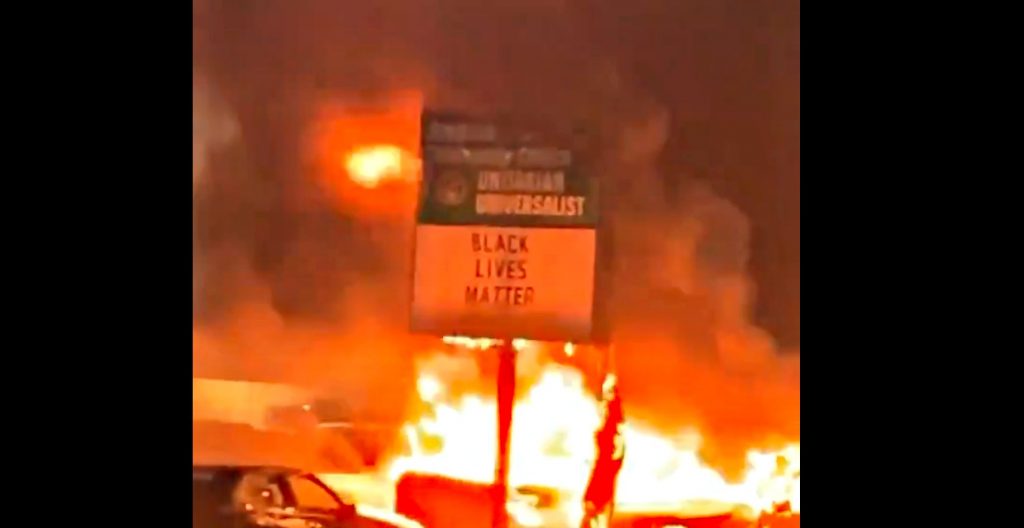 After the shooting of another black man in Wisconsin last night — an incident that, unsurprisingly, we have very little details on at this point — rioters took to the streets of Kenosha to receive their “reparations” by looting stores, burning down buildings, and creating, once again, complete and total chaos in the streets. And in order for them to receive justice, they have to destroy anything and everything in their path — and that included one church who celebrated Black Lives Matter.

A little after 3 a.m., the fire had spread to the Bradford Community Church, the marquee of which had read Black Lives Matter before being incinerated. The men livestreaming attempted to alert anyone inside the building but received no response, then tried to smother some of the flames using shoves while flagging down a lone fire truck that had arrived near the car dealership. ,

Video of the burning can be seen below:

People are naive enough to believe that putting a Black Lives Matter sign on their property is somehow equivalent to marking their doors with the blood of the passover lamb so that the rioters and anarchists will “passover” them, but that simply won’t work. These people do not care about black lives, they only care about destroying society. They are evil, wicked people and should be denounced by every facet of peace-loving society in the nation.