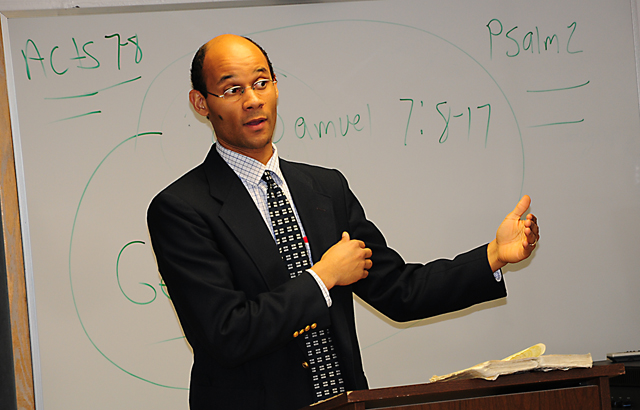 Jarvis Williams, a prominent professor at Al Mohler’s Southern Baptist Theological Seminary says that it “seems odd” to him that Christians don’t want to chant the slogan, “black lives matter.” Williams says that the slogan “affirm the scriptural truth of black dignity.”

Williams goes on to conclude that the Scriptures oppose racism and since the slogan “black lives matter” supposedly opposes racism, that Christians should be against its use.

“Those who live to gratify their flesh will not inherit eternal life (vv. 16–21). One’s complicity in racism may prove one is enslaved to the flesh and to its seductive powers of evil.”

What Williams does not conclude, however, is that the slogan actually does not affirm a Scriptural truth about anything — in fact, the slogan, which is not only Marxist in origin but in its daily application, affirms a number of things that are anti-biblical. The slogan and the movement as a whole is not unique to the Black Lives Matter organization. The slogan represents a movement that hates God, hates America, and hates white people. It is not a redeemable slogan simply because of the etymology of the individual words in it.

As Christians, we affirm that God is great. But we don’t say “Allahu Akbar” because it’s an Islamic terrorist slogan. “Black Lives Matter” is a pro-gay, anti-Christian Marxist slogan. Christians have no business chanting it.

In this episode, Ed Dingess rants about an article by Jarvis Williams who implies that Christians who have a problem with saying black lives matter could mean they are not saved.