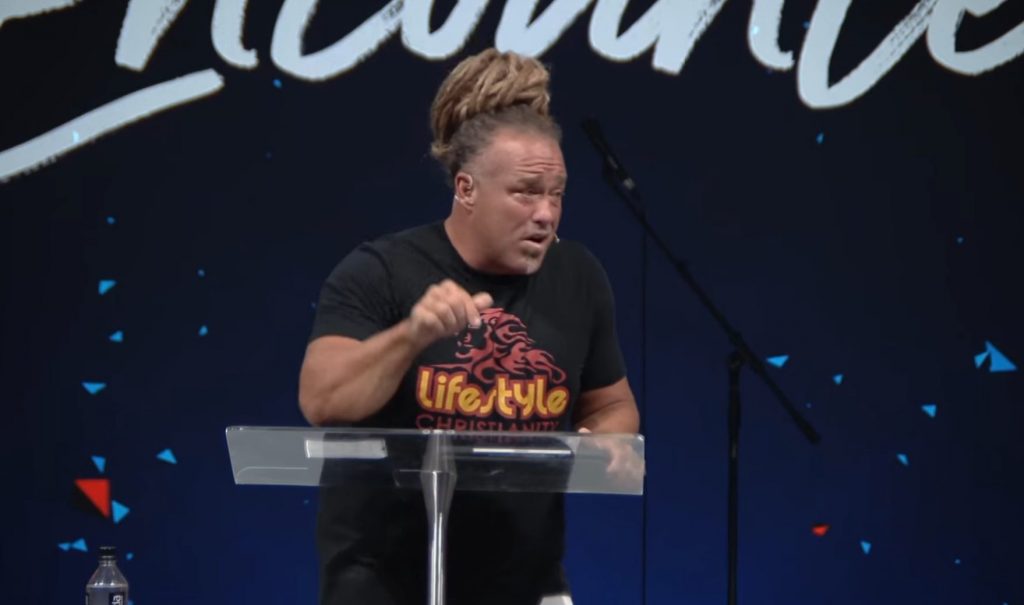 You may know of Todd White, the well-known New Apostolic Reformation heretic who claims to be a prophet while going around performing parlor tricks such as leg-lengthening to trick people into believing that what he does is a move of the Holy Spirit. For years, White has deceived people while blaspheming the Holy Spirit, speaking ill of God and the Church, and making money by being an outright charlatan in the name of Jesus.

For example, White recently compared the Holy Spirit to a dog going outside to poop and then wagging its tail with excitement for being let back inside. He also has consistently taught that Jesus didn’t defeat Satan on the cross as God, but as a man, therefore, we can be just like God. He has told flamboyant lies about people visiting Hell and Jesus showing up, in Hell, and saving them in contradiction to the Scriptures that say it is appointed for man to die once, and then the judgment (Hebrews 9:27).

Todd White’s entire preaching ministry has been centered around the false notion of “faith healing” — that physical healing is a fruit of repentance, says that all sexually transmitted diseases will be healed at his preaching conferences, and compares himself to Jesus by complaining about his critics “hating” him. Yet, he has never been able to demonstrate a genuine, medically provable healing.

However, in a recent sermon he preached, in what appears to be an actual genuine move of the Holy Spirit, Todd White emotionally preaches the gospel in a way that sounds like genuine repentance of his past ministry. An emotionally-charged Todd White speaks not of man’s need for physical healing, but instead, speaks of man’s need for a savior, how we need to understand how we’ve offended God, and how, as a Christian, he now understands that Christianity is far more likely to land you trials, tribulation, and persecution than temporal blessings. And that Christ alone is the peace and joy he now seeks.

He goes on to praise well-respected gospel preachers — old and new — and speaks of how reading them has now helped him understand the gospel better than he ever has before.

If Todd White is genuinely being moved by hearing and reading men like this — and Todd White is sincere about his new-found understanding of the gospel — then this would be a clear, genuine move of the Holy Spirit. We should be patient and slow. Another well-known preacher, Benny Hinn, displayed what appeared to be repentance of his false gospel recently yet, he went right back to his old ways shortly after doing so. Let’s pray for him and see what happens. Watch his sermon below.

Join our ad-free Substack community to read and post comments...
- Advertisement -
Previous article
California Church Concerned City May Cut Off Utilities to Their Building for Continuing to Meet Despite Restrictions
Next article
COVID Doctor Challenges Dr. Fauci and CNN Hosts to Urine Test to Prove They Aren’t Taking HCQ