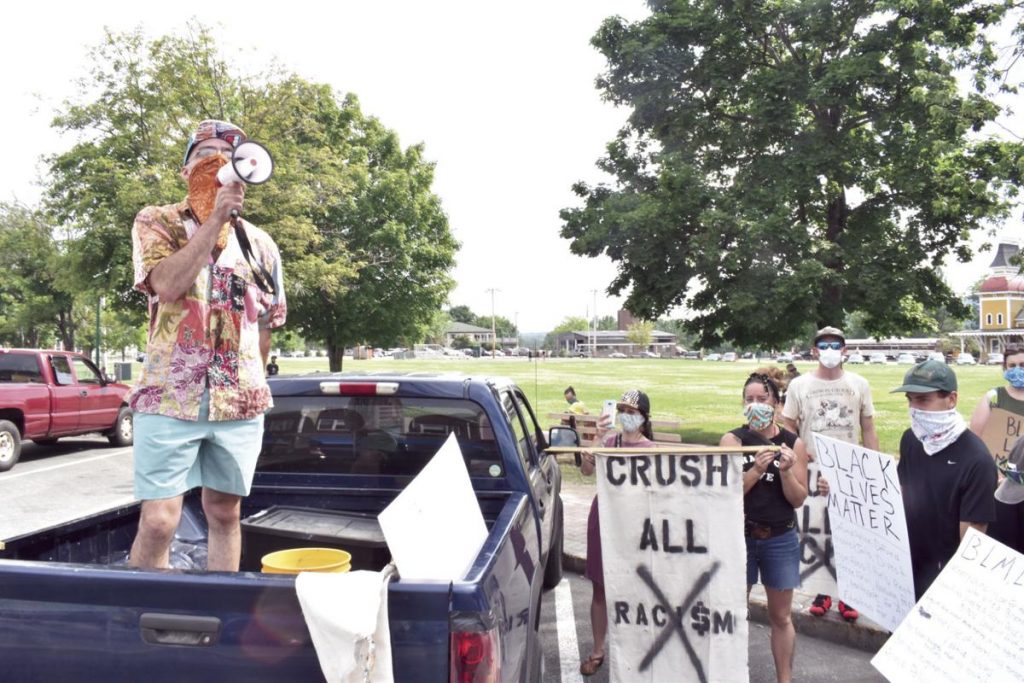 JACKSON (Conway Daily Sun) — A man who led a protest from a skateboard through North Conway last month and called for defunding the police was charged with child pornography. On Father’s Day (June 21), Chris DeVries, 37, of Jackson led a protest he called “Skate Away the Hate,” which involved people riding bikes and skateboards down Route 16 from Schouler Park to Depot Road and back.

At the protest, DeVries spoke through a bullhorn and listed off a number of demands that he said came from local chapters of Black Lives Matter. “If we divest funds from police and prison systems we all benefit,” said DeVries. “Those funds can go to local communities and social services.”

Jackson Police Chief Chris Perley said Sunday that DeVries was charged with six counts of possessing child sexual abuse images, one count of possession of psilocybin mushrooms and one of falsifying physical evidence.

“I can’t comment on this case specifically or Mr. DeVries as he is a charged criminal defendant pending adjudication and presumed innocent until proven guilty,” Perley told the Sun on Monday. “But I can say that generally speaking, people should be very cautious about listening to voices suggesting defunding of the police because their motives are not always in the best interest of society.”

The falsifying physical evidence complaint says DeVries threw his cellphone from the porch when law enforcement arrived. The child abuse images show underage girls either in “lewd exhibition” of private parts or engaging in sexual activity.

All the complaints against DeVries were signed by Carroll County Attorney Michaela Andruzzi.