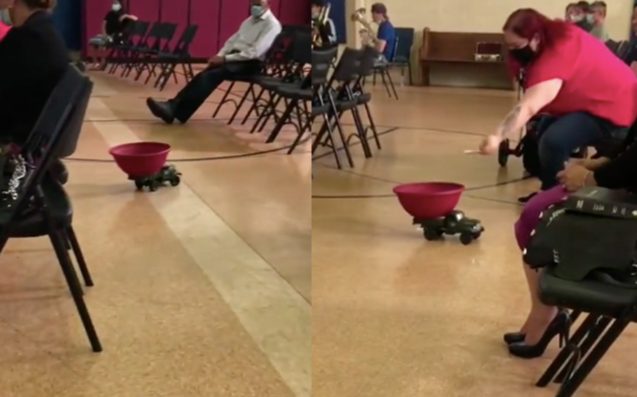 At first, it wasn’t clear if what can be seen in the video below was intended to be satire, or if it was real. Turns out, it’s real.

The video was originally uploaded to TikTok by @bouzioficial, and has been circulating on social media since then.

While there have been mixed reactions to the stunt, some claiming that it was a “great idea” that should be done even when the pandemic is over and others saying that it’s “silly” and “distracting,” one thing is for sure, it got a lot of attention.