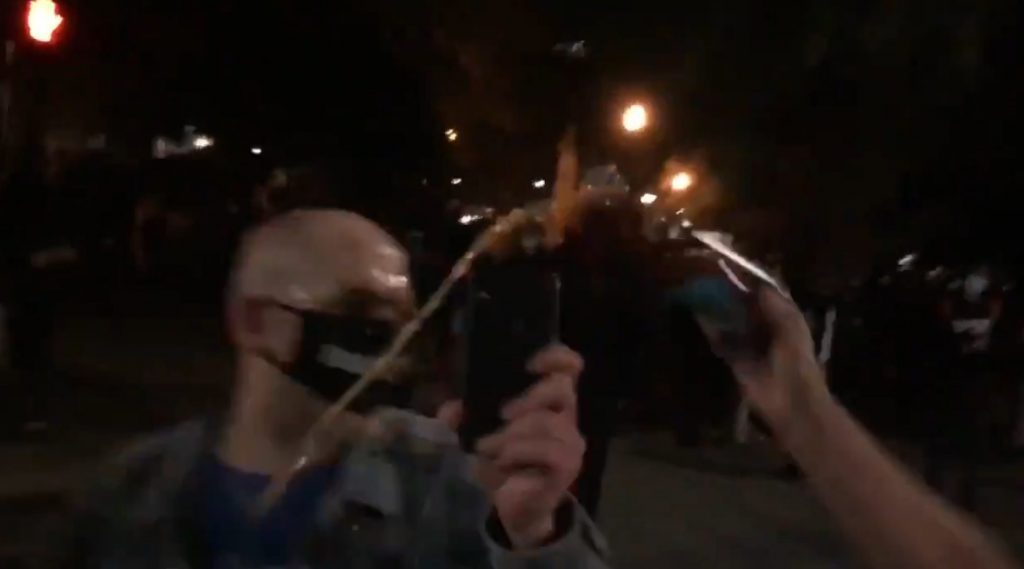 Much like the scene in Seattle in recent weeks, a group of anarchists — most likely the same ones who were booted from Seattle’s “CHAZ/CHOP” zone two weeks ago — have now installed the same kind of anti-government “autonomous” area in Portland.

As chaos ensues, bullying, violence, and a complete loss of Constitutionally-protected freedoms have taken over the streets of Portland’s “free” zone. You are, in fact, free to do whatever you want so long as it doesn’t involve being an American and doing what Americans do.

In fact, you are so free in these areas that they actually encourage the media to come in and film them. There is only one rule to follow: you can’t film them doing bad things, and you must be approved by them and you must advance their narrative in order to qualify for media approval.