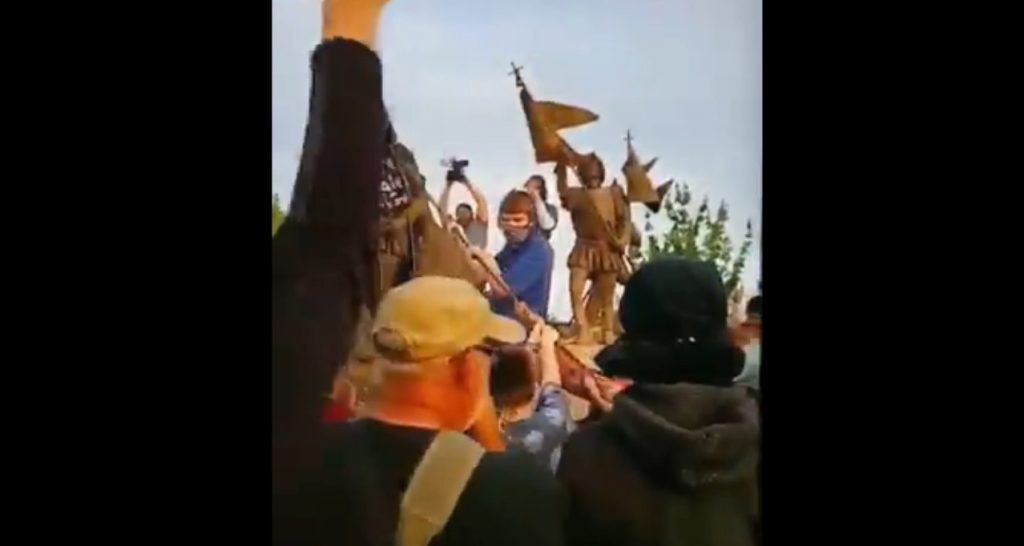 A legally-armed citizen was protesting the destruction of a statue by the left-wing Antifa mob. Seeing as though his protest was placing himself in danger by the mob, the man peacefully retreated only to be chased and attacked by the mob. He then clearly had no other option but to defend himself — which he did.

This isn’t even a close call as the man was clearly in the right to defend himself. However, according to reports, state officials and the police are promising to charge the man with a hate crime for self-defense.

We’ve reached a point in this country where any dissent from the left-wing narrative results in a hate crime charge as mayors, police departments, and politicians pander to their local mafia.