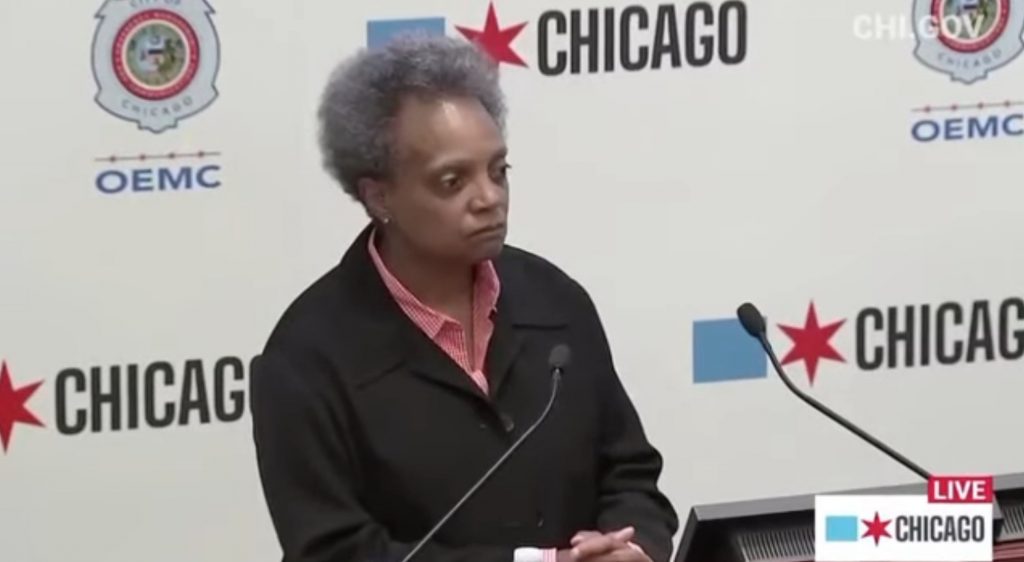 Amid 18 Murders in 24-Hours, Leftist Chicago Mayor Urges Residents Not to Defend Themselves

It is literally impossible to make up the clown show that we see right before our eyes taking place in liberal cities all over the country. In the wake of the most violent day in Chicago’s modern history — as 18 murders were committed in 24 hours — Chicago’s Democrat Mayor Lightfoot is urging that instead of protecting yourselves, your property, and your communities, that you call 911 and she promises that the police will be there.

Nevermind that these same liberals all over the country are arguing for the abolition of police altogether — and it’s pretty obvious that Chicago’s murder rate exemplifies exactly what life without law enforcement would look like. But that doesn’t seem to click with the liberal peanut gallery who continue to desolate their cities with leftism.

Join our ad-free Substack community to read and post comments...
- Advertisement -
Previous article
Police Chief Joins Host of White People to Surrender to Black Lives Matter for Sin of Being Born White
Next article
Black Police Officer Refuses to Bow to Protesters, “I Only Kneel For One Person, and That’s God”