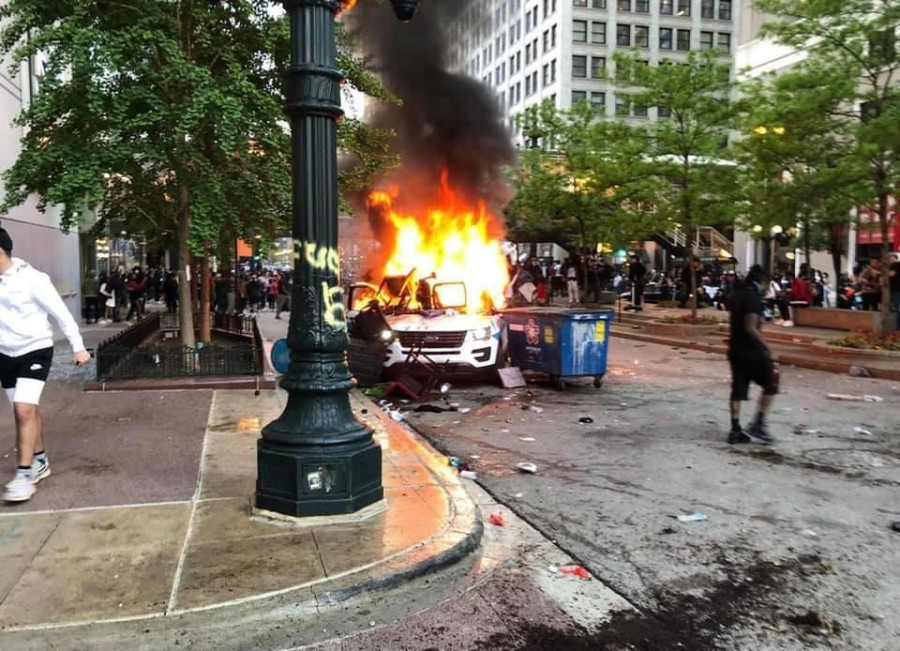 Former Executive Director of the Southern Baptist Convention’s LifeWay Research division who now enthrones the Billy Graham Distinguished Chair of Church, Mission, and Evangelism at Wheaton College and Executive Director of the Billy Graham Center at Wheaton College joined the anti-police Black Lives Matter and ANTIFA protests in Chicago earlier this week at the behest of pastor of Progressive Baptist Church in Chicago, Charlie Dates.

According to the Biblical Recorder, Stetzer joined other Southern Baptist pastors and Jewish rabbis for “a peaceful march that stretched nearly 30 blocks, crying out for justice for George Floyd and an end to historical injustice against blacks.”

Of course, sane people know that these “protests” were anything but peaceful — they are riots brought about by lawless anarchists.

“As a follower of Jesus, my fellow pastors asked me to come and engage with them in their pain and to stand with them in their plea. How could I not go?” Stetzer emailed Baptist Press according to the Biblical Recorder. “If one part of the body of Christ suffers, all do. We are never more like Jesus than when we stand beside those who are hurting.”

Being that the Apostle Paul — who wrote most of the New Testament — told his followers to be “imitators” of him, one must ask the question: when in the New Testament can we ever find examples of Paul, the apostles, or even Jesus joining hands godless leftists and anarchists to demand justice from the Pagan system?

The answer is, we can’t. While we should be able to petition our civil authorities through the proper, legal channels for justice, participating in what has largely turned out to be mass chaos and lawlessness against the civil government by rebellious anarchists — we should have nothing to do with as Christians. How Stetzer can justify this by twisting the Scriptures is beyond all reasonable logic.