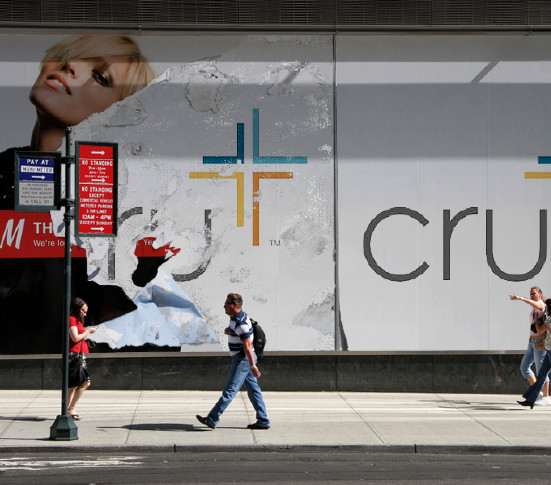 Sometimes, you just can’t make this stuff up. One would think that if leftists were serious about racial reconciliation — a term used by intersectionalitists and Cultural Marxists to foster angst and skepticism between racial groups — that one wouldn’t perpetuate a state of segregation between ethnic groups. But, somehow, progressives believe that by dividing ethnic groups into separate “spaces” and lobbing insults at each other is somehow going to magically result in a Utopian state of multiculturalism and diversity.

What’s worse is that so-called “Christian” organizations are at the forefront of the movement pushing a radical Marxist agenda because their desire is not actual reconciliation, but a socialistic society built upon progressive Democrat principles.

We see this in leftist Evangelical groups such as The Witness, a pro-choice “black Christian collective” that claims to be a Christian organization but does except sow discord between ethnic groups. We see this in progressive Marxist groups like Mark Dever’s 9 Marks which creates resources and teaches Sunday School class lessons promoting Critical Race Theory. The Southern Baptist Convention’s Ethics and Religious Liberty Commission is notorious for its promotion of leftist policy — and so is The Gospel Coalition.

And, strangely enough, so are student ministries like CRU, formerly Campus Crusade, which is now hosting a segregated event where blacks will be encouraged to complain about white people and white people will be told to lament their whiteness.

The Lenses Group, which is part of CRU, is hosting this event which you can sign up for at this link. Below is a screenshot of the sign-up form.

Here, you can join other people — of your own race — in total segregation and hopefully, somehow, that will bring people together.

Not only has CRU bought completely into intersectionality and CRT social justice activism, but it has also taken an active role in demeaning and degrading white people. One CRU speaker at a recent event during a prayer had the white people in the audience stand up and lament their white guilt. The emotional manipulation that takes place at CRU events is incomprehensible. Just like in charismatic circles, here, young people are so often emotionally manipulated by a musical performance that makes them vulnerable and open to receive the message that follows — it captivates and deceives them.

What we see in the CRU video exposé below is the fruit of Marxist Critical Race Theory that has taken over the Church. What is on display here is not a movement of God, but a movement of the culture that is anti-gospel and anti-Christ.

CRU is not only known for its racialized social justice activism, but it has also been exposed for its softened stance on homosexuality and LGBTQ inclusiveness. One CRU leader, Rachel Gilson, who is also a contributor and regular circuit speaker for The Gospel Coalition, was recently exposed for teaching students that it is okay to be gay and also penned an article at Desiring God affirming the LGBTQ teaching that gender is independent of biological sex.