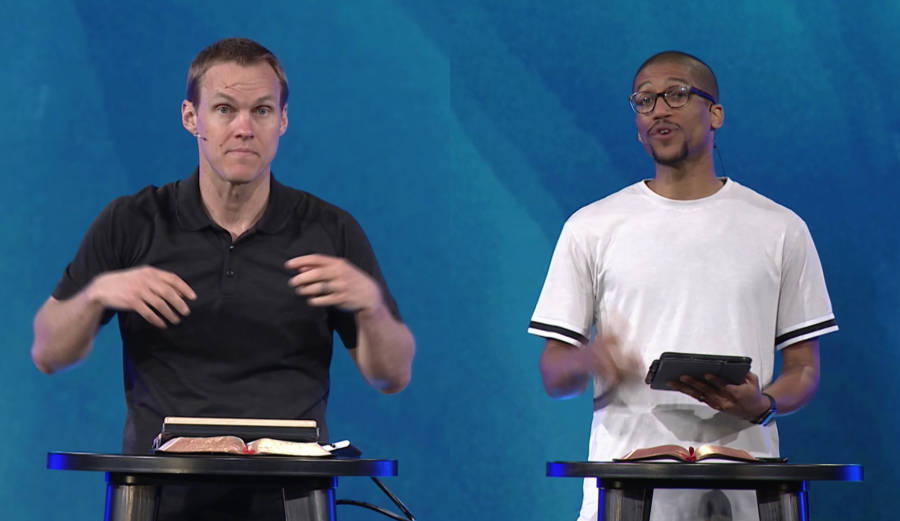 David Platt Preaches Jesse Jackson-like Sermon on Racism, Turns Out to Be Racist and Unjust

Last Sunday, David Platt and one of his co-pastors, Mike Kelsey co-preached a sermon that could, in fact, have been co-preached by Jesse Jackson and Al Sharpton. In this sermon, titled Unity in Diversity, they pushed the idea that diversity is one of the primary objectives of the Church and that the gospel demands the Church pursue it relentlessly.

In this “sermon,” they promoted unbiblical secular ideologies such as Critical Race Theory, intersectionality, and standpoint theory — a theory built upon a postmodern worldview that asserts that people of different backgrounds and life experiences can actually have different “truths” that are relative to them.

Standpoint theory has now infected the church and is being promoted as a hermeneutical tool used to interpret Scripture and come to different conclusions based on those subjective interpretations. Platt and Kelsey then play videos of people from different ethnicities who then use the Sunday morning platform at McLean Bible Church to promote their own standpoint interpretations.

In this episode, I rant about another attempt from David Platt to supposedly take up the cause of racial injustice in light of the Ahmaud Arbery situation. In this episode Platt mangles Ps. 133 while unwittingly putting forth a number of ideas that are racist and unjust.

One of the pastor’s advocates for judging the McMichaels based on the color of their skin without realizing that is what he is doing. That pastor’s wife admits to having a greater connection with people based on melanin rather than Christian convictions, theology, ethics, and values. Something is very wrong at McLean Bible Church.