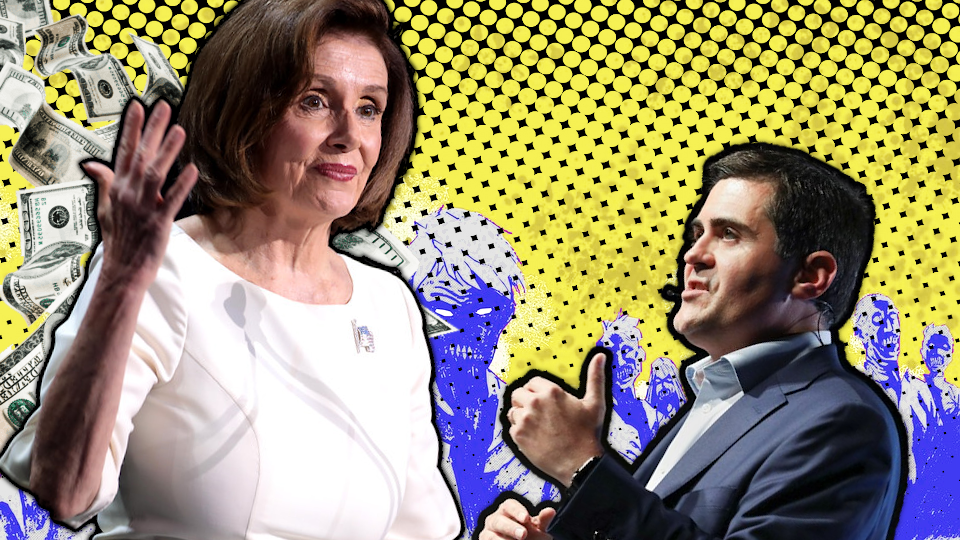 [inlinetweet]Nothing says anti-Christ statism like turning the Church into a government-funded institution.[/inlinetweet] While church leaders around the country are caving to the state’s demands that they shut their doors and Democrat governors are blaming the spread of coronavirus on Christians, some Evangelical leaders are tramping around begging Caesar to give money to these churches.

This is exactly what top Southern Baptist leader and president of the Ethics and Religious Liberty Commission, Russell Moore is doing.

Moore, who has a difficult time grasping the concept of the Separation of Church and State from numerous fronts, sent a letter to Nancy Pelosi begging her for money to keep the doors of churches from shuttering permanently. In this letter, he asks for restrictions on charitable businesses to be removed and more money to be handed out to them through the Payment Protection Program in Phase 4 of the COVID-19 Relief Package.

It’s bad enough that the most influential leader in the largest Protestant denomination in the country is begging Nancy Pelosi — of all people — for more money. But that’s not all he’s doing. He is also begging her to release more prisoners from federal prison.

Incarcerated men and women are especially vulnerable in the midst of the COVID-19 crisis because of contained physical space. This is especially true for aging and immunocompromised incarcerated populations. Congress should expand compassionate release during the pandemic, so that higher-risk individuals would be protected from medical harm. The Bureau of Prisons (BOP) and federal courts use this tool to reduce sentences for federal prisoners on a case-by-case basis for “extraordinary and compelling reasons.”

Congress should temporarily reduce the 30 day waiting period for federal prisoners to file a motion for compassionate release directly with a federal court in order to speed up the process and provide quicker physical and medical relief to those incarcerated.

We learned last night on Tucker Carlson that Nancy Pelosi — who joined Russell Moore and other Southern Baptist leaders last year at the NAE Conference to oppose the border wall — has taken Russell Moore’s concerns to heart and has included massive provisions that would release enormous amounts of prisoners into the streets of America.

Whether it be Moore’s breaking bread with the gay community, his softening tone on homosexuality, referring to Jesus as an “illegal alien,” promotion and teaching of inherent “white guilt” by sole virtue of skin color, yoking with Democrat and socialist groups, serving as an editor for a Catholic magazine, coddling the transgender community, partnering with animal rights groups and referring to animal rights as a “gospel issue,” fighting for the right to build an Islamic mosque, or accepting donations from billionaire leftists like George Soros to advance open-borders and amnesty, one thing is for certain, Russell Moore’s positions are not Christian.

Southern Baptists are paying for this. And church leaders who keep sending money to this rogue entity rather than speak out boldly and publicly against him are part of the problem.