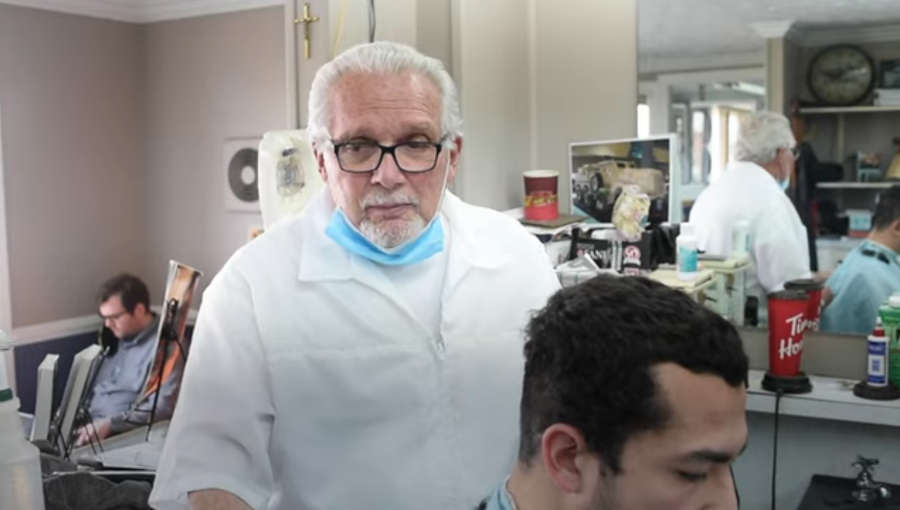 OWOSSO, MI | MLIVE —There was a line of people waiting to get into Karl Manke’s barbershop on Tuesday.

The 77-year-old barber, who has cut hair in town for 60 years, opened Karl Manke’s Barbershop on Monday in defiance of Gov. Gretchen Whitmer’s executive order mandating salons, barbershops and other businesses to stay closed.

“I don’t need the governor to be my mother,” he said. “I have one. God bless her, she’s gone now. I don’t need another mother. I can make these adult decisions myself.”

The barber expected to work another 14-hour day Tuesday. He said he worked from 10 a.m. to midnight Monday.

Polka music plays inside the barbershop as Manke cuts hair. A “best barber” award from a local newspaper hangs on the shop’s wall. Manke is also a writer. All eight of his books are on display in the barbershop, novels with titles like “Gone to Pot,” “The Adventures of Railcar Rogues” and his latest, “Harsen’s Island Revenge.”

“I’ll be open until Jesus walks in or until they arrest me,” Manke said.