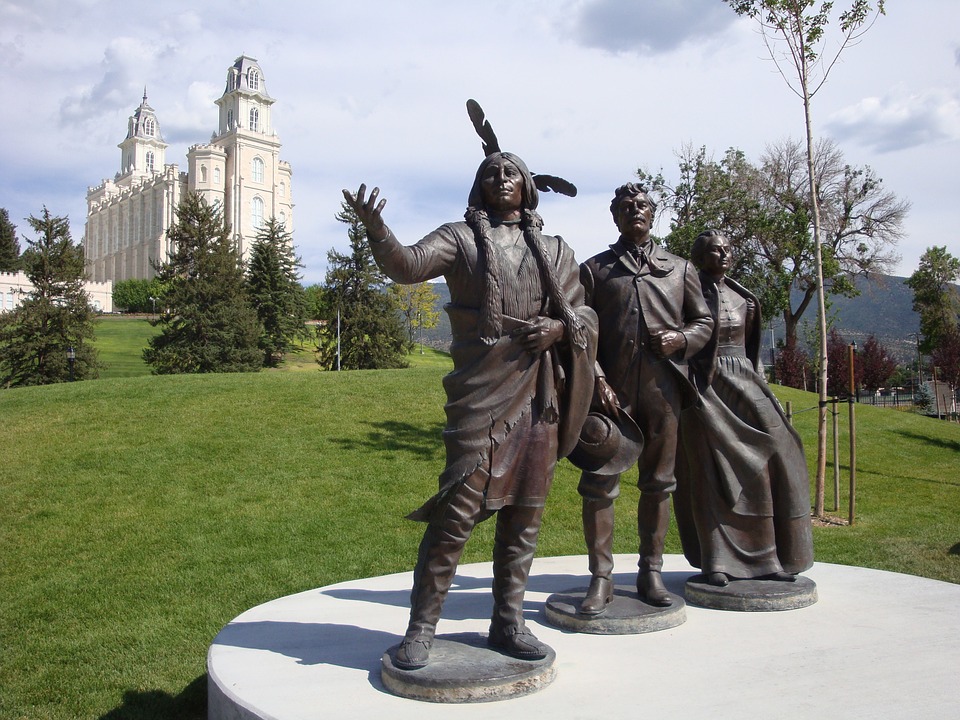 As some may know, there was a time that the Church of Jesus Christ of Latter-Day Saints, commonly known as the Mormons, officially excluded black men from their priesthood. This was based on a belief that dark skin was the so-called “mark of Cain” (see Genesis 4:15). They were not alone in this belief. It was used as the justification for the American system of chattel slavery (see also the curse of Ham, Genesis 9:25). The Mormons repudiated their doctrine in the 1970’s. Both the imposition and the repeal of the doctrine were by supposed revelations given to their leadership.

When someone brings up this past racism with Mormons, they will be quick to point to the ending of the doctrine. And correctly.

However, while that particular racial doctrine has been repudiated, it was not the only racist teaching in Mormonism. Their Scriptures include several more cases.

For example, in I Nephi 13:15, we read, “And I beheld the Spirit of the Lord, that it was upon the Gentiles, and they did prosper and obtain the land for their inheritance; and I beheld that they were white, and exceeding fair and beautiful, like unto my people before they were slain.” So, the good guys are white!

Next, we can read in II Nephi 5:21, “And he [i. e., the Lord, previous verse] had caused the cursing to come upon them, yea, even a sore cursing, because of their iniquity. For behold, they had hardened their hearts against him, that they had become like unto a flint; wherefore, as they were white, and exceeding fair and delightsome, that they might not be enticing unto my people, the Lord God did cause a skin of blackness to come upon them.” In this verse, we see two things. First, God curses a group of apostates by changing them from white to black. And second, we are explicitly told that this has become UNenticing. So, black skin is bad, and black skin is ugly!

Third, we can look at Jacob 3:5, 8: “Behold, the Lamanites your brethren, whom ye hate because of their filthiness and the cursing which hath come upon their skins, are more righteous than you; for they have not forgotten the commandment of the Lord, which was given unto our fathers – that they should have saved it were one wife, and concubines they should have none, and there should not be whoredoms committed among them… O my brethren, I fear that ye shall not repent of your sins that their skin will be whiter than yours, when ye shall be brought with them before the throne of God.” So, whiter is better! And to be black is to be hated.

Fourth, we will turn to Alma 3:6-9: “The skins of the Lamanites were dark, according to the mark which was set upon their fathers, which was a curse upon them because of their transgression and their rebellion against their brethren… And their brethren sought to destroy them, therefore they were cursed; and the Lord God set a mark upon them, yea, upon Laman and Lemuel, and also the sons of Ishmael, and Ishmaelitish women. And this was done that their seed might be distinguished from the seed of their brethren, that thereby the Lord God might preserve his people that they might not mix and believe in incorrect traditions which would prove their destruction. And it came to pass that whosoever did mingle his seed with that of the Lamanites did bring the same curse upon his seed.” So blackness is a mark from God to prevent racial mixture between good white people and bad black people, because black people are a bad influence.

And finally, turn to III Nephi 2:14-16: “It came to pass that those Lamanites who had united with the Nephites were numbered among the Nephites; and their curse was taken from them, and their skin became white like unto the Nephites; and their young men and their daughters became exceedingly fair, and they were numbered among the Nephites, and were called Nephites…” So, if a bad black person was converted, he didn’t become a good black person. Rather, according to the story, he or she ceased to be black and became white and fair. That claim should disgust any fair-minded person.

These quotes come from Mormon Scripture. That means that no individual Mormon can dodge responsibility for it with their standard response: “That isn’t official doctrine.” When the LDS organization claims that it no longer holds to the racist views of the past, those claims are whitewashing, no pun intended, not reality. Their own Scriptures testify against them.

Join our ad-free Substack community to read and post comments...
- Advertisement -
Previous article
Boy With ‘No Brain’ Continues to Defy Expectations After Parents Refused Abortion Five Times
Next article
Mother Says She Is Proud That Her 15-Year-Old “Transgender Son” is Going Through Menopause