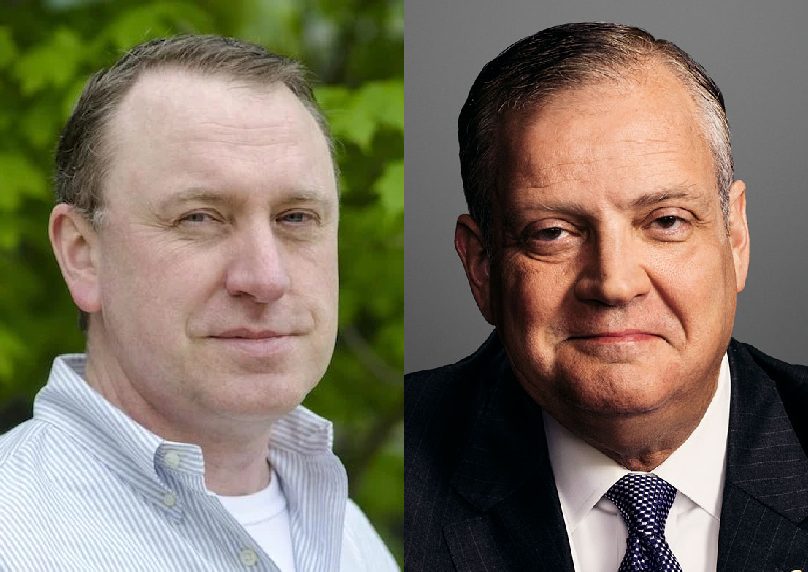 Last week, Reformation Charlotte reported that prominent Southern Baptist leader and president of Southern Baptist Theological Seminary, Al Mohler, announced support for Donald Trump in what appeared to be a considerable about-face from his position during the 2016 election campaign season. Mohler, who in 2016 said that voting for Trump would be compromising our moral witness now says he will be voting for Trump because today calls for a “different strategy.”

Some of his friends, however, are not happy with the move and are opposed to the apparent change of strategy. One former Ethics and Religious Liberty Commission employee, Joe Carter, is left asking, “What has changed that character no longer matters?”

Carter, along with his former boss, Russell Moore, has staunchly opposed Donald Trump on the artificial grounds that Trump is a moral failure and that voting for him would somehow compromise the gospel. While Carter spent much of his time in 2016 opposing and criticizing Trump for his moral shortcomings, very little attention was paid to the vast greater moral shortcomings of the Democratic alternative. Carter has not jumped on the Mohler-Reversal bandwagon.

Instead, Carter repartees with The Gospel Coalition contributor, Justin Taylor, both seemingly mind-boggled by Mohler’s “different strategy,” and speculating that people who do this didn’t actually have a political change-of-heart, but rather a moral one. In other words, Carter is implying that Mohler is now willing to compromise his moral superiority because of the consequences of the election.

Lest anyone think Mohler isn’t the one on Carter’s trial here, Carter suggest that if we were to “dig through the archives, we’d find statements where those same people claimed” that positive consequences, such as pro-life issues, would not be “enough to justify their support.” That’s exactly what Mohler said in 2016.

In an interview with CNN in2016, Mohler said, “When it comes to Donald Trump, evangelicals are going to have to ask the huge question, ‘Is it worth destroying our moral credibility to support someone who is beneath the baseline level of human decency for anyone who should deserve our vote?’” Mohler said, in response to the 2005 video released last week of Trump’s lewd comments. “I think that’s a far bigger question than the 2016 election. This election is a disaster for the American people; it’s an excruciating moment for American evangelicals.”

Mohler went on to caution viewers in that interview that despite the absolute moral corruption of the Democrat party, specifically Hillary Clinton, evangelicals to think carefully about how publicly supporting Trump, a candidate “we would not allow our children to be around,” undermines their moral credibility.

It’s amazing to watch just how morally and logically corrupt the left-leaning “third-way” wing of Evangelicalism is as it seeks to devour its own people who, for whatever reason, decide that conservatism is a better alternative to ungodliness in the grand scheme of things. But these same people who tend to advocate for this “third-way” are simply promoting Democrat, progressive politics under a different name.