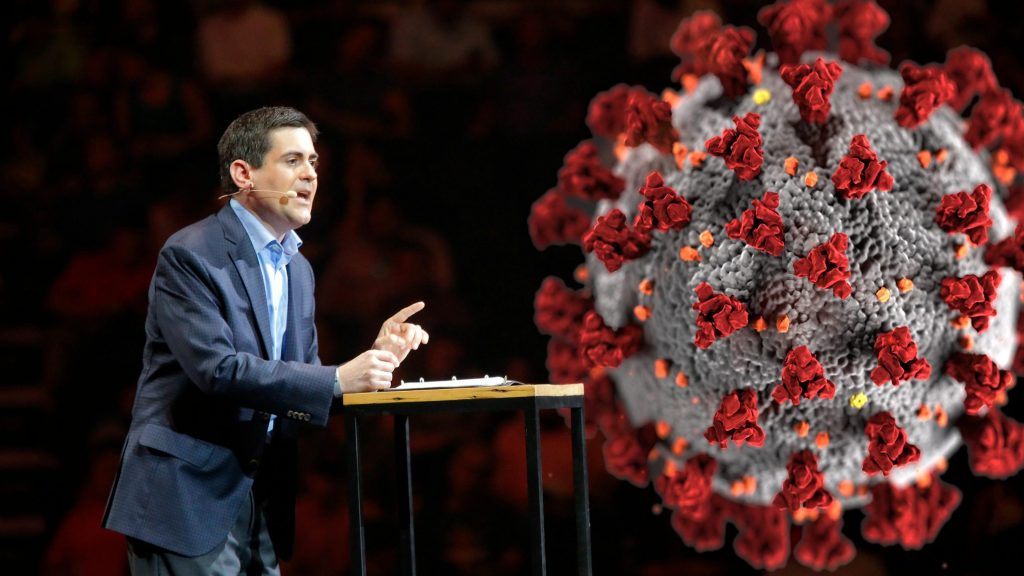 Russell Moore Calls Worship “Reckless,” Yet There is No “Right” to be Protected From Coronavirus

While the world is in panic mode over the current coronavirus pandemic, Christians have largely seemed to have lost their grip on reality — the reality that God is sovereign and in control of all things. Christians, in particular, are commanded to gather and worship regularly. If you’re Sabbatarian, as the Reformed Confessions teach of, you take that command to mean a weekly gathering. If you’re not, there is no denying that the Scriptures still command the regular assembly of the saints for the purpose of teaching and edification as well as the administration of the sacraments — namely communion and baptism.

While few churches have taken extreme measures around the globe to continue to meet in defiance of orders from local government officials, most have become complicit in the lockdown and have turned largely to live streaming their services. On the other hand, some Evangelical leaders, like the Southern Baptist Convention’s Russell Moore, have even referred to gathering for worship as “reckless.”

Further, Moore attempts to make the case that “God doesn’t want us to sacrifice the old” so that we can continue to meet. Idiotic.

Continually, I hear about those who say churches should just try to balance their right to religious freedom with other people’s “right to be protected” from the virus. This sounds noble on the surface, but I hate to break it to you — there is no such “right.”

The Scriptures clearly teach that the Church should gather regularly for worship, edification, and ordinances. How often that is may be up for some level of debate — but one thing is for certain, it was important enough for the Scriptures to warn against neglecting it (Hebrews 10:25, Acts 2:42, etc.).

Further, the United States Constitution affirms this right and rejects the legality of any law or order that restricts the freedom of religion in any way. In fact, the founders saw that religious freedom was so important that it wasn’t just in the First Amendment, but the very first clause in the First Amendment.

Congress shall make no law respecting an establishment of religion, or prohibiting the free exercise thereof; or abridging the freedom of speech, or of the press; or the right of the people peaceably to assemble, and to petition the government for a redress of grievances.

Interestingly, however, neither the Scriptures nor the U.S. Constitution speak of any “right” — God-given or state-given — to be “protected from disease.” It simply does not exist. In fact, this line of thinking stems from secular progressive thought and is where such imbecilic legislation as Obamacare and Bernie Sanders’ single-payer healthcare system come from.

Healthcare is not a right, it’s a privilege. And while as Christians we should do what we can to love and protect our neighbor, elevating this privilege over and above our right — and duty — to worship God freely and exalt His name above all is what’s actually reckless.

Join our ad-free Substack community to read and post comments...
- Advertisement -
Previous article
Graphic: Police Knock in Door of Private Residence Looking for Gatherings of People
Next article
After Cops Break Up Church Service, Congregation Heads to Wal-Mart to Enter Without Hindrance