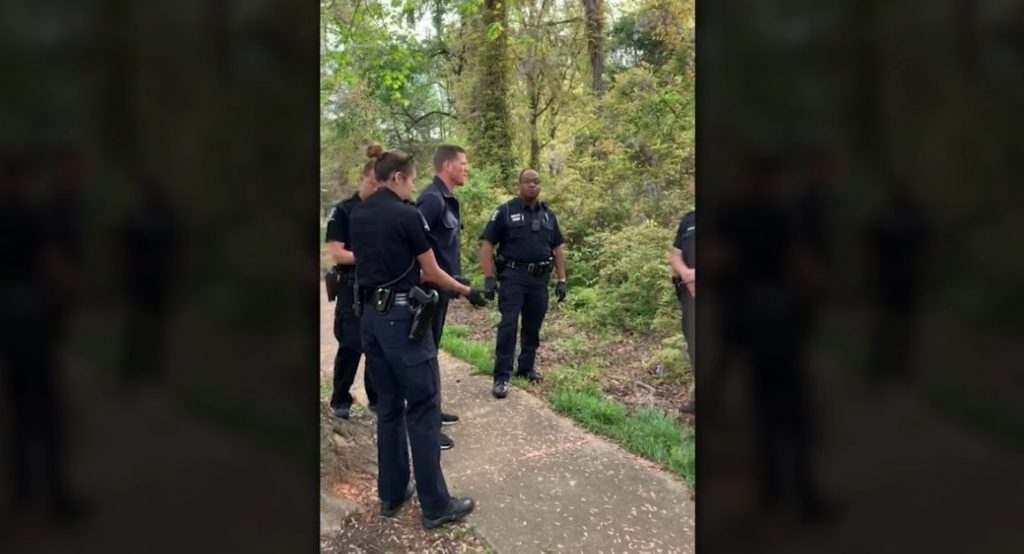 As we’ve reported before, the North Carolina government has decided that its powers during the current coronavirus pandemic are unlimited despite the fact that the Constitution of the United States guarantees certain rights to people. While the government is actively closing down churches, Charlotte’s largest abortion clinic is in full, unhindered operation.

During the pandemic, some pro-life sidewalk counselors and Christian ministers are still trying to reach abortive mothers as they enter the abortion clinic to kill their child. Despite their efforts of following the guidelines of social distancing, the Charlotte Mecklenburg Police Department, namely, anti-Constitutionalist CMPD Captain Andy Kornberg who has tirelessly helped the pro-abortion camp at Charlotte’s largest abortion clinic for several years.

In the video below, you can see David Benham, one of the Benham Brothers being arrested by CMPD officers despite their legal constitutionally-protected right to be there and their efforts to follow the state’s guidelines for social distancing during the pandemic.

These men were well within their rights and they were providing essential services to pregnant women as part of a legally recognized 501(c)(3) charity operated by Cities4Life. Daniel Parks, the leader of Cities4Life stated on Facebook,

From what we’re seeing in North Carolina and nationwide this is an unconstitutional power grab with opportunistic tyrants using a state-of-emergency to weld more power than the constitution allows. I’m concerned that our constitutional republic will never recover unless men like this stand up and say enough is enough. Is there a pandemic? Yes. Should the government do what it can to protect the citizens? Yes. Is the government’s power unlimited because there is a crisis? NO