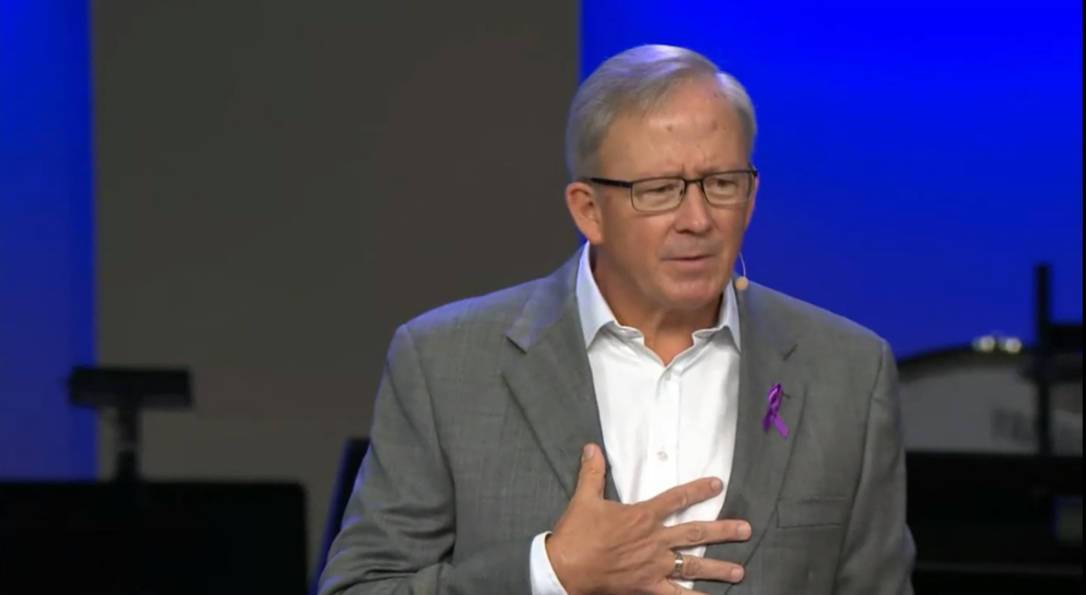 Reformation Charlotte reported yesterday that David Uth, the pastor of First Baptist Church in Orlando, FL — who also handed his pulpit over to homosexuals after the gay nightclub shooting in 2016 — had invited a female “pastor” to speak at the Southern Baptist Convention’s annual Pastors’ Conference in June.

According to the newly-launched Pastors’ Conference website, the denomination has announced a number of speakers and included two “special guests” — Phil Wickham and Hosanna Wong. According to Wong’s biography on her own website, “Hosanna is the Teaching Pastor at EastLake Church in the San Diego area, & the Executive Director of Calvary Street Ministries, an outreach bringing hope to the homeless & low-income families in San Francisco.”

After much backlash from a shrinking conservative wing of the denomination, David Uth responded in a piece at the Baptist Press — the propaganda outlet of the Southern Baptist Convention — doubling down on his reasoning for inviting her to address thousands of pastors at the annual meeting.

My goal, my prayer was that we could open ourselves up to hear from people that maybe were good friends of ours, but not in our Southern Baptist Convention,” Uth told the Baptist Press. “I feel like they have a message for us. I feel like God wants to speak to us through them. So my goal and my hope was that we could hear their message, we could learn from them, and we could embrace it.”

That Uth “feels” like God wants him to invite women who are in open rebellion to him to address these pastors speaks volumes on Uth’s qualifications as a pastor himself. Remember, David Uth is also the one who, at the SBC annual meeting in 2015, affirmed an ex-Muslim’s “dream-conversion” testimony who said she came to Christ when he visited her in a dream without ever hearing the gospel.

After doubling down on the unbiblical invitation, Uth goes on to imply that discerning, conservative Southern Baptists who are concerned are actually some form of spiritually-violent terrorists who may actually be placing her in some kind of “danger.” Therefore, he has assigned his staff to monitor social media “to determine whether sentiments are voiced that would endanger Wong for participating,” Uth told the Baptist Press

If we sense that it is going to be an environment that’s not going to be helpful to her,” Uth said, “or it’s going to be in some way hurtful, I would not risk that for anything. She is a precious lady. She and her husband do a great work in San Francisco.

That both discernment and conservatism are now used by leftists and moderate soy boys in the denomination to uproot biblical fidelity is no new thing. Many leftists, including the professional victim, Rachel Denhollander and the SBC’s very own lady preacher, Beth Moore have been up in arms over the conservative response to this liberal nonsense.