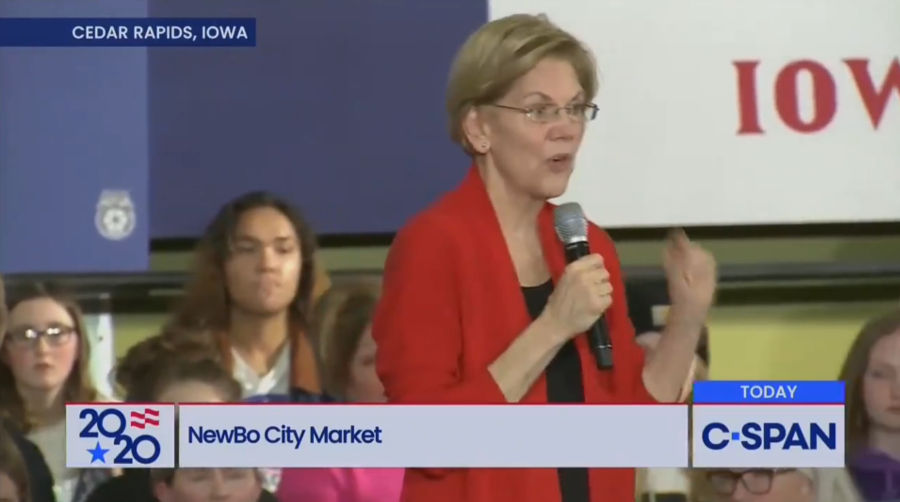 In her typical, nervous, crackling voice, presidential hopeful Elizabeth Warren promises a crowd of people that whoever she hires as her secretary of education will be interviewed and approved of by a young, trans person who she says is “concerned” about the future of education as it relates to sex education and LGBTQ history.

In other words, Warren is only going to hire an Education Secretary who is hell-bent on indoctrinating the nation’s children into an LGBTQ lifestyle — despite all religious, scientific, and moral opposition.

The transgender movement is the most irrational delusion ever to hit the world. While scores of confused men and women can’t figure out whether to put on boxer briefs or panties, slacks or a dress, it doesn’t help that doctors are aiding and abetting their mental illness by denying services to those who biologically need them. Now, Warren hopes to make it mainstream, one hundred percent unavoidable, and those who oppose it guilty of hate crimes.

The somewhat rational world we once knew has come to a complete halt. God help us.