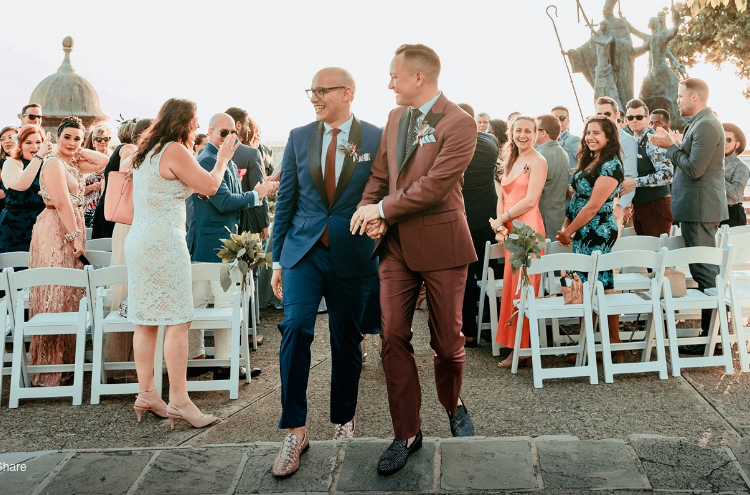 Carlos Guillermo Smith is a Democratic (surprise!) member of the Florida House of Representatives who was elected in 2016. Smith became the first openly gay Latino to serve in the Florida state legislature.

According to a recent Facebook post, Smith and his gay lover were pulled over by a Vatican security guard for holding hands and warned that they could be fined for doing so.

“We meant no disrespect,” Smith writes, “but our experience must be shared. While visiting St. Peter’s square, Jerick and I were pulled aside and warned by the Vatican that we could be FINED or worse for holding hands and violating the penal code. I was shocked, but not surprised.”

It’s no secret the Catholic Church has consistently opposed the rights of LGBTQ people, imposed conversion therapy on vulnerable youth and done substantial harm trying to keep us in the shadows.

This was a powerful reminder that there are places in the world where LGBTQ people are punished simply for existing. Even in the US, life can be dangerous, esp. for black trans women who face increasing hate violence and whose average life expectancy is 30-35 in the Americas.

Jerick and I were raised Catholic and the church taught us to be ashamed of who we are. We are NOT ashamed— we are PROUD. But the painful reality of how organized religion continues to poison society’s attitudes against LGBTQ people is shameful and must change.

Thanks to countless interfaith leaders and worshipers committed to equality, things ARE changing. We’re grateful for their unconditional love. Working alongside people of faith, who are both LGBTQ and allies, is how we can conquer hate together.

The Vatican which is home to the Roman Catholic religion has been extremely volatile on its stance on homosexuality. While in some ways appearing to cave as they recently reinstated an openly gay non-celibate priest to the priesthood and various high-ranking Catholic groups deemed homosexuality as a “normal” expression of sexuality, it’s interesting to note that — despite the Vatican’s mass homosexual scandal — they decided to stand firm this time.

If this is even true, (Democrats lie, it’s what they do) it’s almost laughable as it is absurd. The inconsistency of the various liberal religious groups colliding with the ever-shifting doctrinal dogmas of the Roman Catholic Church can only leave one wondering — when will Jesus return? Hopefully soon.