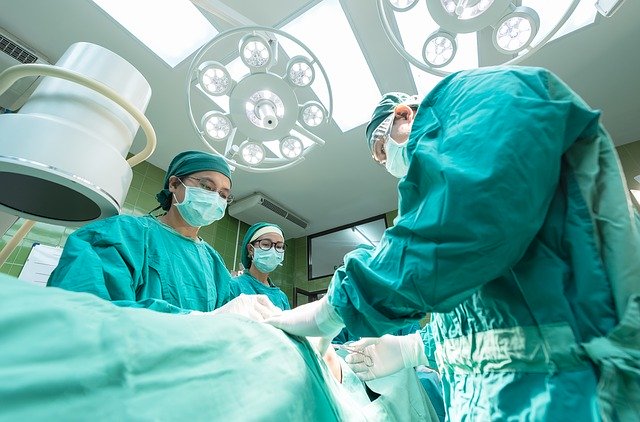 Over 100 health professionals have written to the Northern Ireland Secretary of State, Julian Smith, expressing concern over the new abortion framework for Northern Ireland.

In July, MPs at Westminster voted to impose Europe’s most extreme abortion law on the country.

The introduction of the new abortion framework is proposed to take place on March 31st 2020. This will follow the current ‘limbo period’ in Northern Ireland, following the change in the law on October 22nd, where there is now no law protecting the unborn child through to 28-weeks.

During this ‘limbo period’, there is only limited guidance from the Government recommending how abortion access should be provided during this period.

Now, 135 GPs, nurses, midwives, radiographers, pharmacists and medical students argue that the document is deeply flawed in how it deals with rights of conscience.

Conscientious protections are just one of our 18 shocking facts about the Government’s proposed abortion framework for Northern Ireland!

The healthcare professionals have written to the Northern Ireland Secretary, Julian Smith, saying they can no longer remain silent on the issue.

In their letter, seen by the Belfast Telegraph, the medics say the Secretary of State must understand the concern felt by people in Northern Ireland, not only about the imposition of the new framework but also its “ham-fisted, overreaching and unwanted nature”.

The letter states: “Many healthcare professionals entered their profession because they desired to protect and uphold life… Consequently, many object to any involvement in abortion provision which by its very nature involves the ending of human life.”

The signatories note that although the abortion framework does not require conscientious objectors to participate in abortion procedures in a “hands-on” capacity, healthcare professionals may find it equally problematic to be asked to undertake ancillary, administrative and managerial tasks involved with abortion procedures.

This mirrors current legislation in England and Wales, which doesn’t provide protection for medics who would choose not to participate in any tasks relating to an abortion procedure.

“Performing such tasks may be key to an abortion taking place and could lead to the professional in question feeling they are complicit in something they believe to be deeply wrong,” they added.

“It may be the case that some excellent healthcare professionals, who have given their lives to helping patients, feel they have no choice but to leave the profession they love if they are mandated to act in a way which is contrary to their conscience.”

They added: “The Northern Ireland health system is under enormous strain at the current time.

“Many hospitals and other healthcare facilities are struggling to find and retain staff.

“If this measure goes ahead as proposed in the consultation document, an additional barrier will be put up for staff who for understandable reasons conscientiously object to abortion.

“Such a move is unnecessary.

“The consultation document provides no evidence whatsoever as to the numbers of healthcare professionals who it is believed will object to providing abortion services.

“We urge the Northern Ireland Office to reconsider the position they are putting forward.

“It is possible to provide abortion services to all those who are seeking such services while respecting in a fulsome manner the rights of conscience of healthcare professionals.

“The value of life, the need to celebrate and accommodate conscientious objection, and the protection of the integrity of our democracy is too precious for us to remain silent,” the healthcare workers added.

This article first appeared at Right to Life UK and is republished here under the Creative Commons License.

Join our ad-free Substack community to read and post comments...
- Advertisement -
Previous article
Study Finds that One in Seven 8yo Girls With Smartphones Have Received Sexually Explicit Text Messages
Next article
Hillsong Boasts 20 Denominations, Including Catholics, Are Represented At Their Conference Every Year