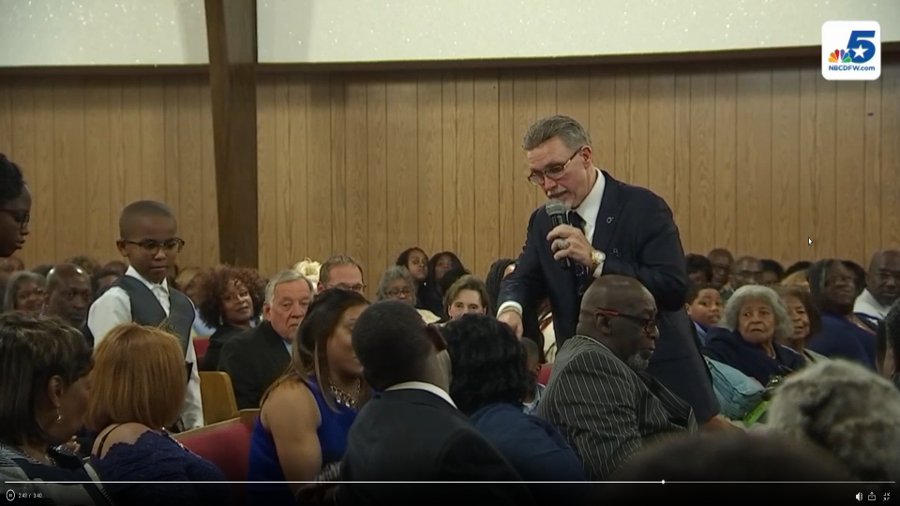 A black church has decided to forgo the typical hatred and divisiveness of the current zeitgeist in Evangelicalism today. While Critical Race Theorists and intersectionality are dominating Southern Baptist and Evangelical circles, particularly Southern Baptist seminaries, this church has chosen to choose a pastor based on the content of his character rather than the color of his skin.

NBC Forth Worth reports,

When the longtime pastor who founded a black church in Fort Worth died in August, members searched for a new leader and found one notable for more than just his sermons.

“When God gets ready to take you home, you got to go,” said 77-year-old church secretary Shirley Mayes, who worked with Rogers for a half-century. “So we understand his death, but we miss him.”

Following Rogers’ death, deacons asked pastor Jack Teeler to preach for one Sunday service. And they liked his style.

Teeler, who is white, was assistant pastor at West Mount Moriah Church in Como.

“I’ve known him 10 years,” Rev. Wendell Campbell said. “He is the epitome of faithfulness.”

Teeler said he enjoyed preaching with Campbell and wasn’t looking to leave.

“I was happy,” Teeler said. “I was doing what I needed to do. I was his (Campbell’s) assistant.”

But across town, at Harvey Avenue, members said they fell in love with Teeler.

“Pastor Teeler? I have to pack a sack lunch for you all,” Mayes said. “I could tell you so much about him. He’s a great, great, loving, caring man.”

But still, a white pastor in a black church?

“Who ever heard of it?” Teeler said. “I didn’t even apply for the job. They called me. They said God put it in their heart.”

At his inauguration, members of other churches from across the city packed Harvey Avenue to welcome him.

“I thank God for this moment in time that is unique and different,” Teeler said. “It’s certainly different for me.”

Teeler agreed being a white pastor in a black church is unique but sees it as a lesson in a society sometimes divided along racial lines.

“I believe here I’m a person, they’re a person,” Teeler said. “I don’t believe they look at the color of the skin. If they had any prejudice in their mind or heart at all, I do not believe they would have called a white man here to preach.”