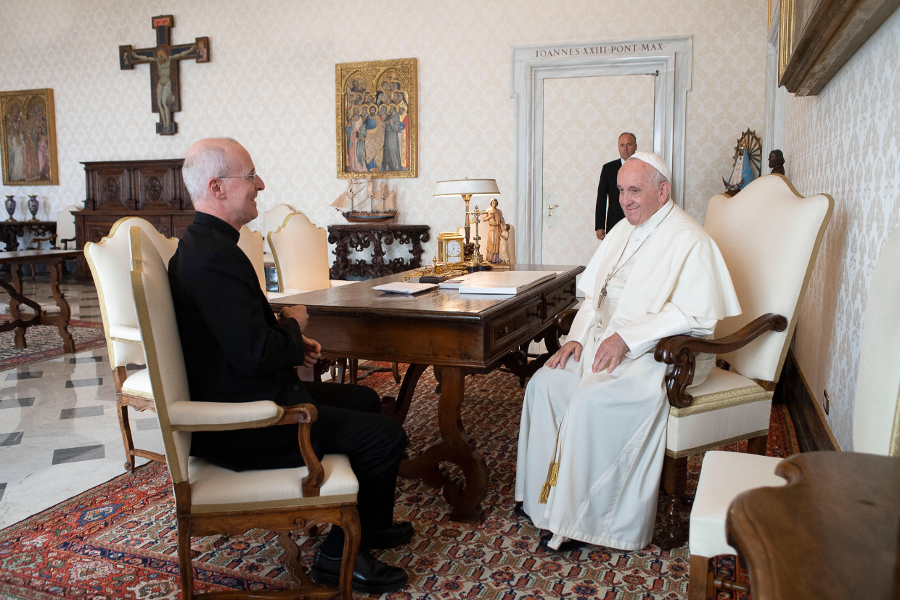 James Martin is one of the most pro-homosexual Catholic priests in our modern culture and has even won the LGBTQ Leadership Award. He is a friend and promoter of gay “pastor” Brandan Robertson and regularly appears with him and promotes his book, The Gospel of Inclusion.

But if all of that isn’t blasphemous enough, this same Catholic priest is now tweeting out pictures of Jesus depicted as a homosexual and praising them.

In this series of tweets, Martin credits the image to a series of homosexual paintings by Douglas Blanchard that depicts Jesus as a homosexual. According to Blanchard’s website,

A contemporary Jesus arrives as a young gay man in a modern city with “The Passion of Christ: A Gay Vision” by Douglas Blanchard.  The 24 paintings present a liberating new vision of Jesus’ final days, including Palm Sunday, the Last Supper, and the arrest, trial, crucifixion and resurrection.

The pope has praised Martin for being an ally to the LGBTQ community.