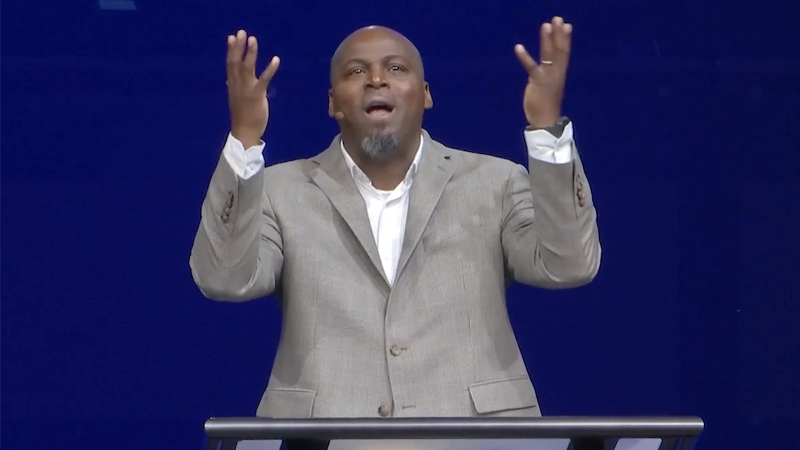 If you’ve been paying attention to the news recently, you’re probably aware of the church who recently rejected a black pastor and are labeling it “racism.” Marcus Hayes, a candidate for the lead pastoral position at First Baptist Church of Naples, Florida did not secure enough votes to get hired.

Reportedly, a record 3,818 attended this Sunday Morning service and 1,917 votes were cast. The bylaws of this church require an 85% vote in favor before the measure could be passed — he only received 81%.

In light of his rejection, a dark cloud is being cast over this church and the church is being labeled “racist” and the rejection is being blamed on “white supremacy.” Several Southern Baptist leaders from all over the theological spectrum are up in arms over the rejection. Megachurch pastor, Jack Graham, says he is “very angry” that “racism raised its very ungodly head” during the vote and, of course, the cultural Marxist agitator, Dwight McKissic weighed in.

The church, itself, even put out a statement claiming that “a portion of the 19% that voted against Marcus Hayes did so based on racial prejudices,” and that the pastoral staff were “deeply grieved and embarrassed.”

Churches ought to be ashamed for throwing their members under the bus publicly without actually getting to the facts and having real, tangible proof of unrepentant sin.

Here’s my thought — if anyone voted against Marcus Hayes based on “racial prejudices” as this church leadership claims, then the only right thing to do would be to place those members under discipline, call them to repent, and if they don’t, remove them from the roles and then recast the vote.

I suspect, however, that the accusation of “racial prejudices” is actually a lie. Could it possibly be that the ones who hold the “racial prejudices” are actually the pastoral leadership of that church? Could it possibly be that the only reason the search committee brought him in for a vote was solely based on the color of his skin and not because of his biblical qualifications?

A history of the “woke church” movement would suggest so.

Marcus Hayes is “woke.” Fully “woke.” He is a proponent of cultural Marxism and has promoted ungodly secular ideologies as Critical Race Theory, intersectionality, and identity politics — the three key tenets of the “woke church” movement. A quick scroll through his Twitter feed suggests that he is fully immersed in this movement — and it is a movement that has exchanged the biblical gospel for a gospel of social justice.

Here, he is promoting Eric Mason’s “Woke Church” book which calls on Christians to abandon the gospel of forgiveness and grace for a gospel of perpetual penance on behalf of white people for the “sin” of “systemic racism.”

And here, he is praising Russell Moore’s anti-white “white supremacy” rhetoric by invoking the deity of Christ-denying heretic, Martin Luther King at the MLK50 conference — a conference that elevated this heretic as a Christian hero for the sole purpose of promoting a false narrative of systemic racism.

And here, he is retweeting racial instigator, Ray Ortlund’s tweet that suggests that all white people who aren’t on board with the “woke church” movement are comparable to the KKK. Complete insanity and absurdity.

So here’s a thought: Maybe, just maybe, there were 19 percent of the population of the church who actually pay attention, do some research, and realized that Marcus Hayes was probably not a good option to lead a church through gospel-centered preaching. Maybe they realized that he was far too focused on racial instigation and that this would be a distraction from the purpose and mission of the church.

We don’t know if the 19 percent who voted against were the ones who didn’t regularly show up for Sunday morning service or not — and I bet the pastors don’t either. I do, however, believe that the vast majority of these people who voted against him were probably the only ones in the congregation who were well-informed and their vote had zero to do with the color of his skin and more to do with his embrace of a heretical movement of social justice.

*Editor’s Note: Previously, Reformation Charlotte reported that 3,818 votes were cast. This number was inaccurate as this was the number in attendance and 1,917 votes were cast.